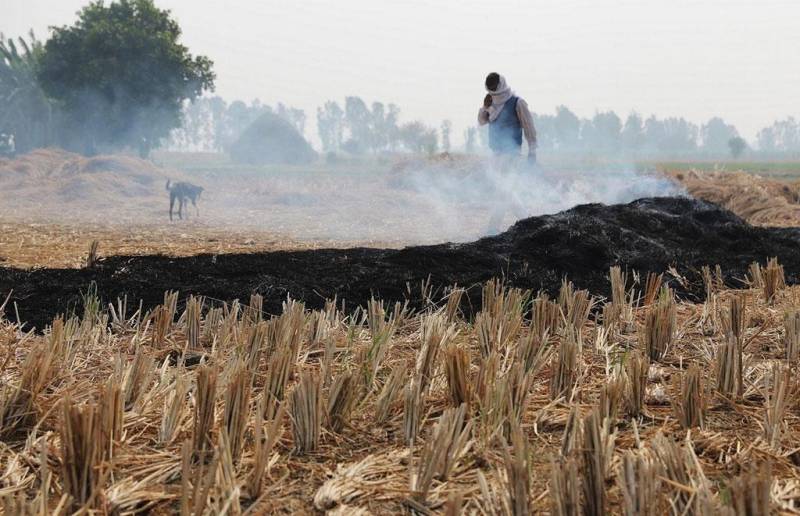 CHANDIGARH – Authorities in Haryana have initiated action against farmers who continue to defy orders on burning paddy stubble on Saturday.

Many farmers in Indian Punjab have continued with the practice, leading to health risks, and adversely affecting the soil's health.

According to Haryana State Pollution Control Board Chairman, "We are taking action as stubble burning is a serious issue. Till yesterday, we have initiated action in 1406 cases against those found burning the stubble."

He said fines were imposed on violators and an amount of Rs. 13.75 lakh has been recovered so far.

Both the Haryana and Punjab governments have imposed a ban on burning of paddy residue and the erring farmers can also be prosecuted by the authorities.

Burning of paddy residue causes air pollution, smog and also poses a serious threat as it leads to medical problems such as breathing issues, allergies and asthma attacks.