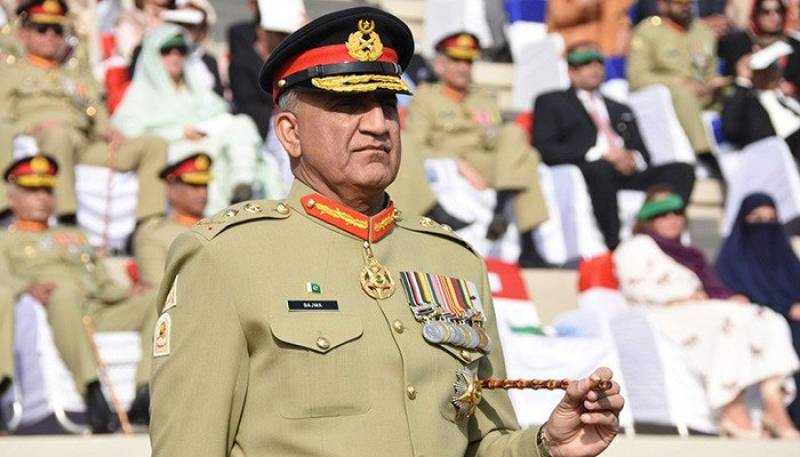 RAWALPINDI - In a major development in Pakistan-Iran relations, the Chief of Army Staff (COAS) General Qamar Javed Bajwa on Sunday arrived in Tehran on an official visit, according to the Inter-Services Public Relations (ISPR).

The army chief will meet Iran's civilian and military leadership during the visit, DG ISPR Major General Asif Ghafoor said in a tweet on Sunday.

Iranian Ambassador Mehdi Honardoost in this connection met Gen Bajwa at the GHQ on Tuesday. A statement of the ISPR said the two discussed “visits and exchanges in defence realm”.

Gen Bajwa’s trip is being attached a lot of importance because it could help the two overcome the distrust that has kept them apart. Islamabad and Tehran profess good relations and the two do not have any territorial disputes. However, they have had conflicting geo-political worldviews and resultantly remained on the opposite sides of regional alignments. This has quite often caused unease in relations.

In one of his earlier meetings with Ambassador Honardoost, Gen Bajwa had told him that “enhanced Pak-Iran military-to-military cooperation will have a positive impact on regional peace and stability.” This seems to be driving his approach on Iran.

An analyst closely following Pak-Iran relations said when Gen Bajwa landed in Tehran many in Iran would be waiting to hear progress about the recovery of one of the border guards — Saeed Barati — who had been kidnapped by terrorists during the April attack near Mirjaveh border.

Iran had been seeking the Pakistan government’s help for securing Barati’s release from terrorists’ custody.