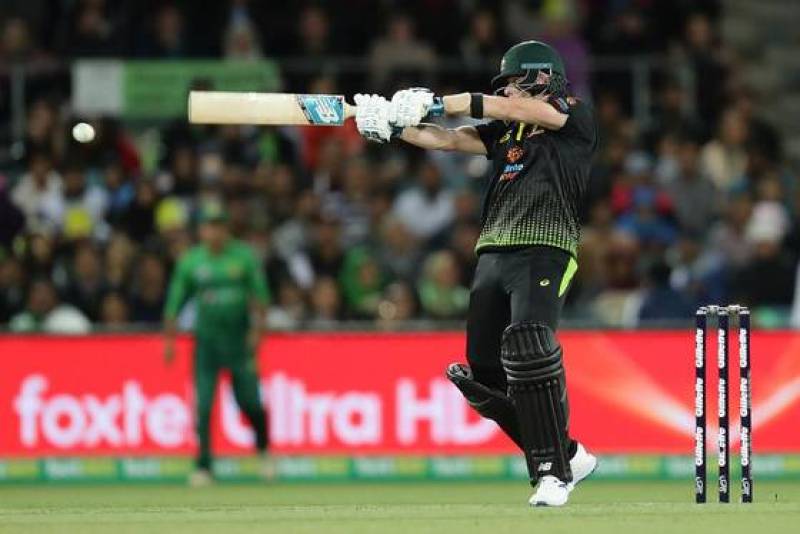 CANBERRA -Australia has won second Twenty20 International by seven wickets and went up by 1-0 in the three-match series.

Steve Smith by clubbing an unbeaten 80 scores led the Australian team to win the match against Pakistan which made a total of 150 scores for six. Australia chased the target successfully by seven wickets.

Pakistan made 106 for five in 16 overs but Iftikhar Ahmad's 62 runs know of 34 balls raised the target for the hosting team. Pakistan's captain Babar Azam made fifty runs during the match after Pakistan won the toss and decided to bat first.

PAT Cummins and Kane Richardson took a single wicket each while Ashton picked up two wickets. Azam and Imad Wasim were sent back to the stands as a result of run-outs.

"A little bit of dew and we would have bowled anyway," he further said. He pointed out that they were happy with the way everyone was performing and it was the same XI. On the other side, Pakistan's skipper Babar Azam said that it was a good batting wicket.

In the previous match, Australia was on course for victory in Sydney on Sunday before the weather ruined their hopes and the match ended without a result after it was called off due to rain.

The final T20 will be played in Perth on Friday before the two sides face each other in two Tests.