I don’t write for those who lack the skill to comprehend: Khalilur Rehman Qamar 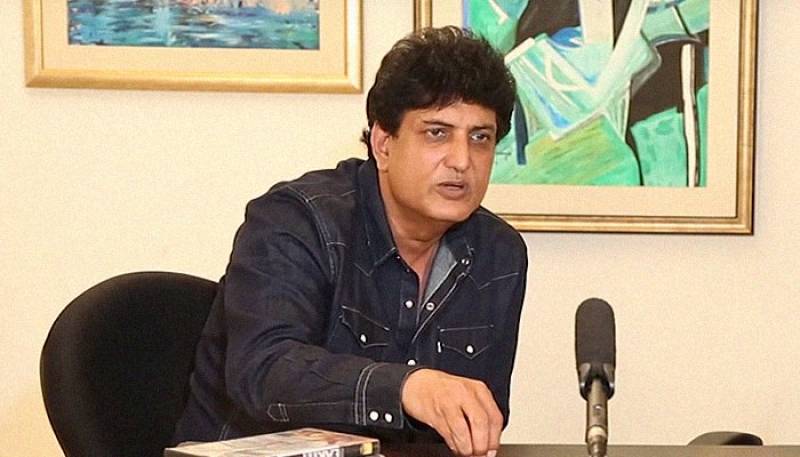 LAHORE- Khalil ur Rehman Qamar, who made his film directorial debut with Kaaf Kangana, has always been ...

The celebrated writer, who made his film directorial debut with Kaaf Kangana, in the interview, entered a strange spiel about his take on feminism and gender “equality”. He passed on some insulting comments about women, infidelity, as well as defended his misogynistic approach found in many of his scripts.

Qamar is being criticized all over social media for what his derogatory remarks. However, in a new statement given to a local publication, the Qamar says that he doesn’t care about the backlash he has received.

In yet another interview, the director said he doesn't care about what people have to say about him. According to him, people are just jealous of his fame.

“I call such people sick and one should pray for their recovery,” Qamar stated. “Those who say that my dialogues are verbose, I would just want to say to them that I do not talk vulgar in a routine so how would I do that in my writing?”

He added, “If someone lacks the sense to comprehend my writing and considers that it is hard to understand, I can’t help but pity their lack of mindlessness. If I am honest, I don’t write for those who lack the skill to comprehend. I have no way of teaching the dumb.”

Talking about his writing style, he said, “Anyone who would try to change my writing would never be seen in any of my dramas or films."

"Isn’t it unfortunate that a man who defends his script is called rude? My dialogues are poetic. A pause in the rhythm ruins the entire scene. Hence, I need to express my anger. Now it is up to you how you label it.”

Qamar triggered many last week when he said he can decide what makes a woman, in fact, a woman, "I don't call every woman a woman, whether you like it or not... There's only one thing that makes a woman beautiful and that's haya [modesty] and wafa [loyalty]. If you don't have those, I call you non-women."

He challenged people to "go ahead and file a case against me or cook up a #MeToo case, I don’t care but I won’t be able to call every woman a woman, this is not true with me at all".