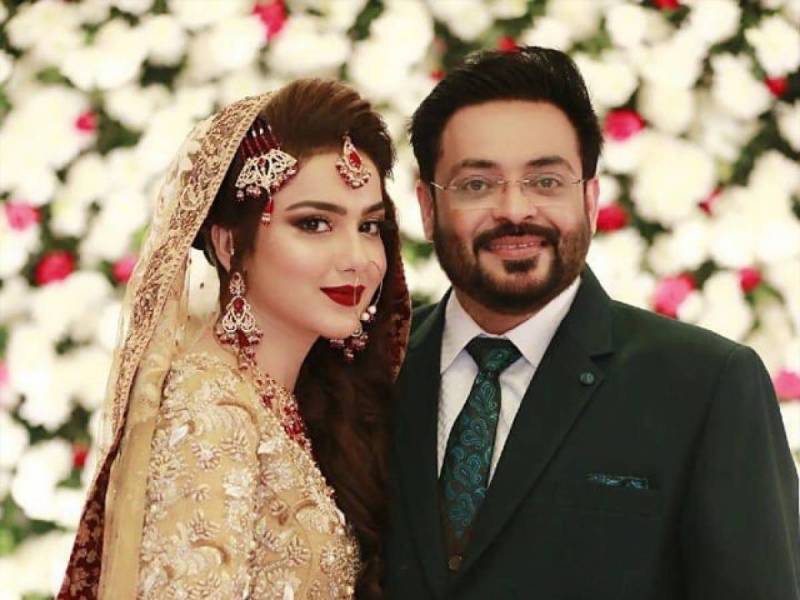 Famous TV personality and PTI leader Aamir Liaquat and his second wife Syeda Tuba have a controversial history of being visible on the internet ever since their marriage.

This time around, Aamir and Tuba have sparked separation rumours by unfollowing each other on Instagram.

The news of Syeda Tuba unfollowing Liaquat on social media gives credence to reports about their separation. She has changed her name on the profile to Syeda Tuba Anwar but her verified Instagram handle remains @syedatubaaamir. Rumours were rife earlier about the trouble in their paradise, but there is no official confirmation yet. 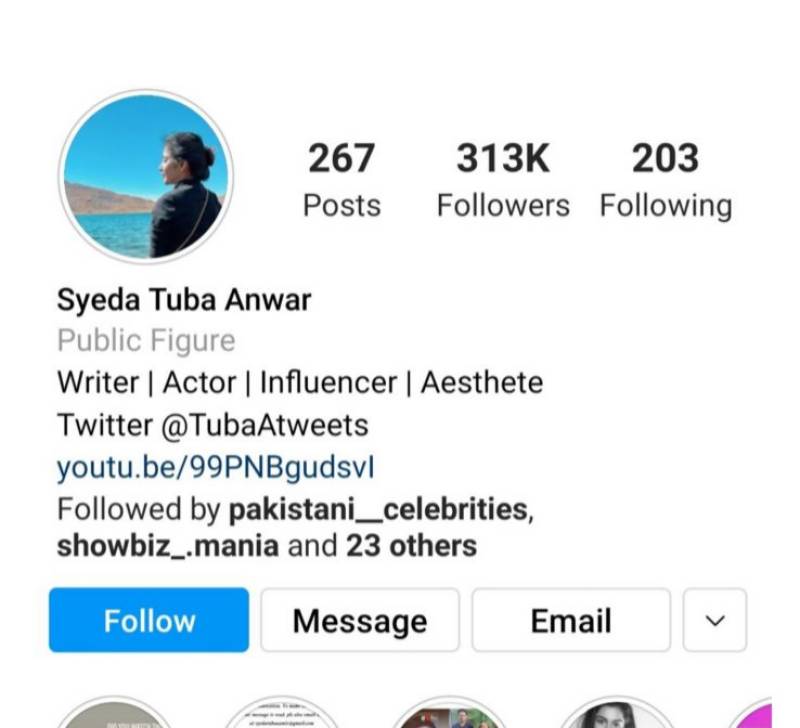 It is worth mentioning that Tuba has not been seen with Dr Aamir Liaquat Hussain for months. Previously, she used to appear in every Ramadan show with her husband.

After their reported separation, Tuba seems to be concentrating on the professional front. However, netizens are quick to attack her as they believe she is a  homewrecker. 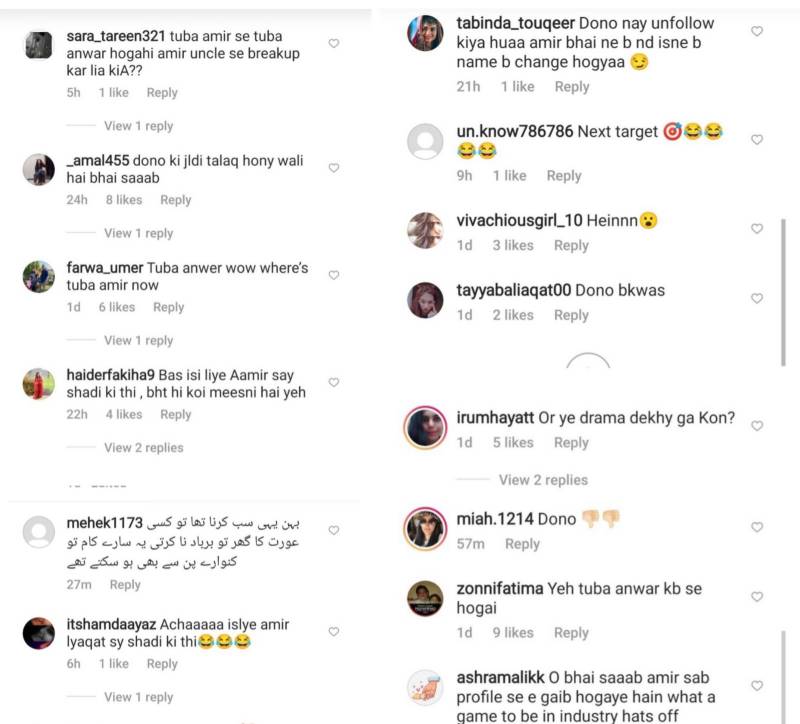 Soon after their marriage, Tuba started appearing on television along with her husband on various shows. Apart from her appearances on television, Tuba and Amir have been prominent in the controversy as she became the reason for Liaquat’s divorce with his first wife Bushra.

On the work front, Tuba and Shahroze Sabzwari are all set to star in the upcoming drama serial Yeh Ishq Smjh Na Aye.

Famous TV personality and PTI leader Aamir Liaquat and Syeda Tuba have a controversial history of being visible on ...