‘Jordindian’ captivate a packed audience of youngsters at SIBF 2021 with dance, beat boxing and humour 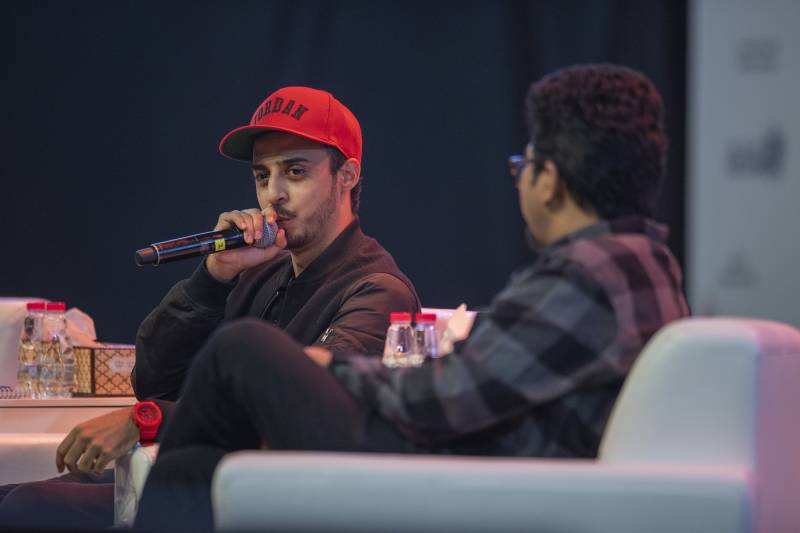 SHARJAH – Quitting the firecrackers, 300 youngsters and their parents from all over the UAE chose to celebrate their Diwali with the cracking Indo-Arab YouTube duo ‘Jordindian’ who lit up the Sharjah International Book Fair 2021 stage last night (Thursday) with their characteristic humour, conversation and an awe-inspiring performance.

Two content creators – Naser, half Jordanian-half Indian who is a dancer, and Vineeth, a South Indian who is a beat boxer – struck a friendship a decade ago that led to the creation of a sketch comedy and music YouTube channel called ‘Jordindian’ in 2017, which has 2.51 million subscribers.

In an audience Q&A session, the duo opened up about their journey, struggles and creative approach. Their answers often brought chuckles from the audience as they fielded questions about their friendship and other milestones in their personal and professional career, in the characteristic ‘Jordindian’ way.

Staging their first-ever show in Sharjah, Naser performed a break dance and Vineeth lifted the audience’s spirit with foot-tapping beat boxing. Other than FIFA, they said they love food anywhere in the world.

To answer a question by a teen and an aspiring YouTuber on why the duo had produced just 70 videos in four years, Jordindian emphasised that while it may seem like bad analytics, good content is important. “Don’t focus on the views. If the content is good, sooner or later people will come to it. Also using things like key words and meta data will help,” Nasser advised, encouraging the audience to subscribe to the teen’s channel.

The spirit duo reminisced how their families wanted them to take up a ‘stable’, regular job and were sceptical about their plans to pursue content creation on YouTube. The 30-year-olds said they have not experienced writer’s block so far, “but it might not be the same when they hit 50”, to illicit another round of laughs from the audience.

The duo entertained and humoured the young fans letting some of them come up on stage for a fist shake, and a trial of beat boxing. The icing on the cake was when the fans were allowed to go up to the stage for a selfie with their YouTube idols.

Comedy and movies brought together the winning duo who had been neighbours for 15 years in a Bangalore suburb before they struck a friendship in college over a mutual admiration for Canadian stand-up comedian Russel Peters. Jordindian has successfully produced 70 videos.