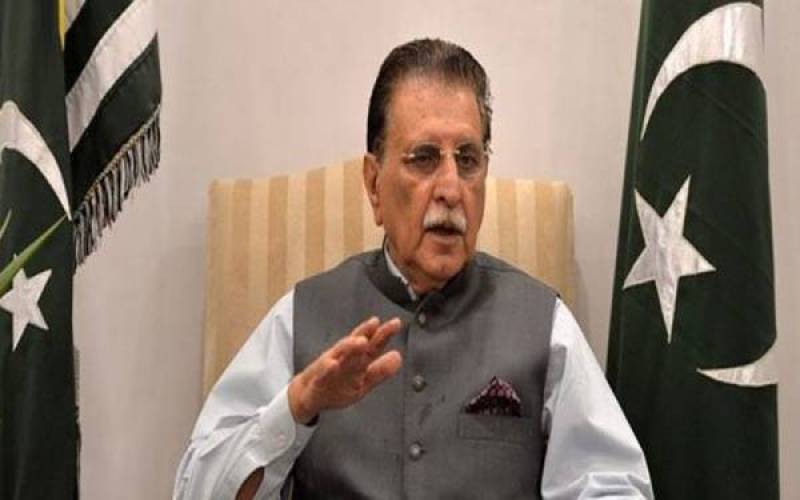 LAHORE – Azad Kashmir Prime Minister Raja Farooq Haider is also among the leaders of the Pakistan Muslim League-Nawaz (PML-N), who has been booked for conspiring and state institutions.

It is for the first in the history that any Kashmiri leader has been booked in a treason case in Pakistan.

The case has also been registered against former prime minister Nawaz Sharif, Khawaja Saad Rafique and other PML-N leader on a petition filed by a citizen Badar Rashid at Shahdara Police Station.

“The FIR mocked Pakistan's traditional stance on Kashmir around the world,” he remarked.

Commenting on Hamid Mir’s tweet, Federal Minister for Science and Technology Fawad Chahdury said that PM Imran was unaware of the registration of the case against Nawaz Sharif and others.

He said that Imran Khan had expressed stern displeasure on it.

In another tweet, he said that registering treason case is not PTI government’s policy, adding that such had happened during Nawaz Sharif’s tenure.