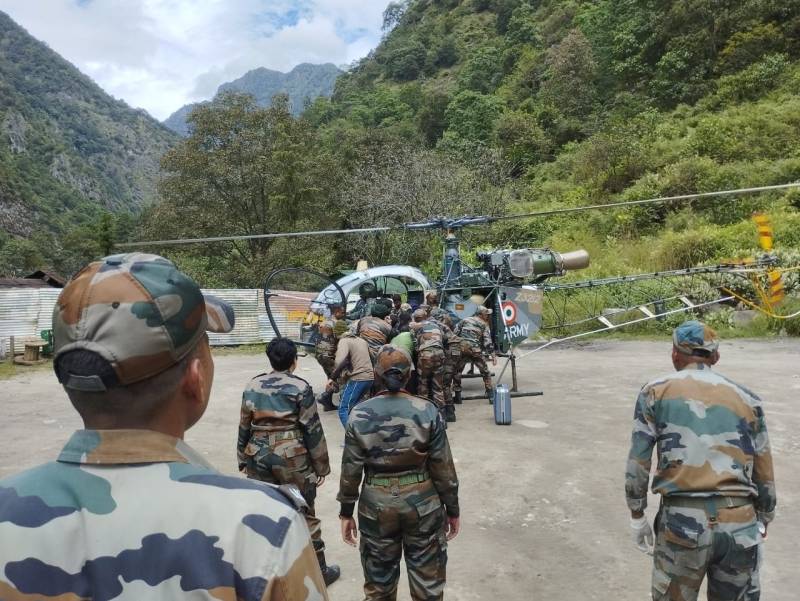 NEW DELHI – An Indian army helicopter crashed during a routine sortie in the country’s northeast, killing one of the pilot, officials said Wednesday.

Reports in Indian media said an aviation pilot was killed after a Cheetah helicopter on a routine sortie in the forward area near Tawang in Arunachal Pradesh crashed.

In a statement, the Indian defense spokesperson said two pilots were rushed to the nearest military-run medical facility and one of the pilots, who was critically injured, succumbed to the injuries during treatment. He said the second pilot is under medical treatment.

A pilot lost his life after a Cheetah helicopter of the Indian Army crashed near the Tawang area of Arunachal Pradesh today: Army officials pic.twitter.com/loUu7SLGXv

Meanwhile, the cause of the crash is unknown and the details are being ascertained, the spokesperson further mentioned.

It was reported that Indian forces earlier sounded alarm over their ageing Cheetah and Chetak helicopters, maintaining that the technical life of utility choppers will end after 2023.

In the recent past, several accidents were reported including one in neighboring Pakistan however accounts of Indian choppers and planes crashing on training sorties and operations have become almost routine news.

India's aeging MiG-21s were also named 'flying coffin' as more than half of Indian MiGs had been lost in accidents, at a cost of over 200 lives.

Earlier this year, a deadly crash killed the head of India's armed forces Gen Bipin Rawat and 13 others as the chopper hit a hillside and burst into flames in Tamil Nadu state.