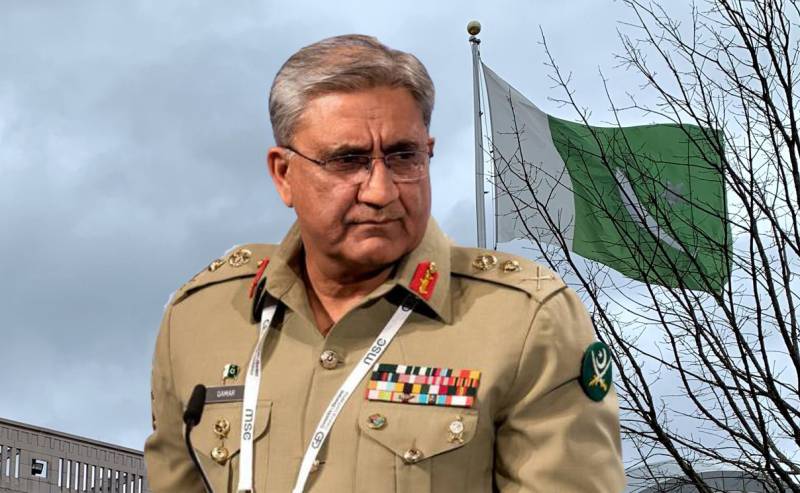 WASHINGTON – Army chief General Qamar Javed Bajwa, who is in the United States on a five-day trip, said the armed forces have distanced themselves from political battle.

The top general made the statements during his address at a luncheon at the Pakistani embassy in Washington. He also pledged to leave after the completion of his second three-year term in two months, saying that he is not looking to prolong the role.

Officials are tight-lipped over COAS’s informal remarks as he addressed an audience that included a large number of Pakistani diplomats.

Shedding light on key topics, COAS termed the revival of the country’s dilapidating economy is paramount importance, saying without a strong economy the nation would not be able to achieve its targets.

“There could be no diplomacy either without a strong economy,” a leading publication said quoting COAS Bajwa.

During the meetings, according to the military's media wing, matters of mutual of interest, regional security situation, and bilateral cooperation in various fields were discussed.

In a statement early on Tuesday morning, the Inter-Services Public Relations (ISPR) said that COAS Bajwa thanked US officials for their support. The top general reiterated that assistance from our global partners shall be vital for the rescue and rehabilitation of the flood victims in Pakistan.

"Both sides agreed that Pakistan and US have long history of bilateral cooperation and shall continue improving through economic ties, trade and investment," it added.

The top military commander also offered heartfelt condolence on the deaths and devastation caused by hurricane in Florida.

WASHINGTON – Chief of Army Staff General Qamar Javed Bajwa has arrived in the United States on a weeklong visit ...

An enhanced honour cordon has been hosted for Pakistan’s top general, who is currently in Washington for a series of meetings with top US officials on a five-day official trip.

Only limited press will be given access to the event, and there will be no briefing.