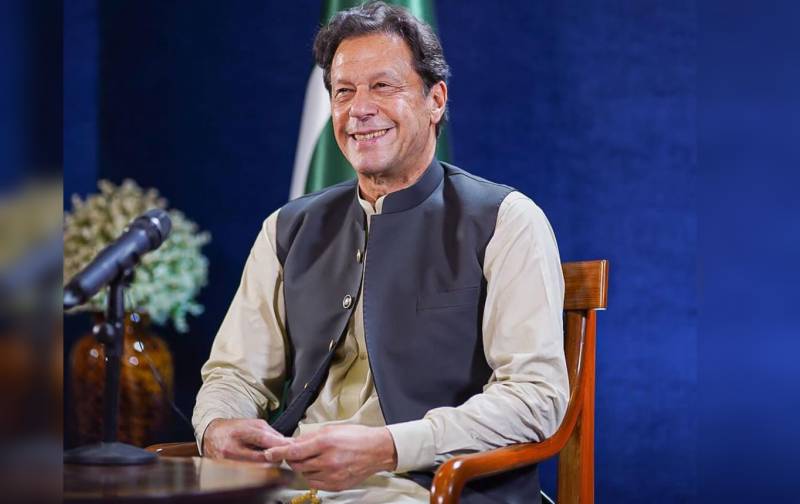 #ImranKhan, ‘Salgirah Mubarik Ho Khan Sahab’ and 'Pride of Pakistan', became Twitter trends in Pakistan as netizens took to the microblogging site to wish the former prime minister on his birthday.

Cricket Body handles and social media users shared Khan’s achievements as a champion cricketer, here are some of the tweets.

Happy Birthday to our all time Prime Minister and Pride of Pakistan @ImranKhanPTI who has inspired us to fight and stand against all odds. May you continue to be blessed Mr. Khan❤️#HappyBirthdayImranKhan#سالگرہ_مبارک_ہو_خان_صاحب pic.twitter.com/zFQ17RMYMk

Earlier, the former ruling party launched a 'kindness drive' in honor of Chairman Imran Khan’s 70th birthday. PTI requested its supporters to perform acts of kindness as a tribute to Khan on his birthday.

Party also suggested supporters to visit the flood victims as millions were displaced due to the floods and have been homeless.

A look back at Khan's life

Imran Khan was the only son out of the five children of Ikramullah Khan Niazi and Shaukat Khanum. He received his primary education in Lahore, then moved to Britain for higher education, where he graduated from Oxford University.

He returned back to Pakistan in 1971 and joined Pakistan's national cricket team. He served as the captain of the team from 1982 and 1992 and the South Asia country bagged the country’s only world cup in 1992.

Ending his career, he entered the world of philanthropy and laid the foundation of Shaukat Khanum Hospital in the name of his mother who died battling the deadly disease.

Khan later formed his political party in 1996 while he struggled for more than a decade before being popular among the Pakistani youth. PTI first succeeded in forming a government in Khyber Pakhtunkhwa in 2013 and came to power in the center in 2018.

In 2022, long one of Pakistan's best-known faces internationally Imran Khan became the first prime minister in Pakistan's history to be ousted in a vote of no confidence.