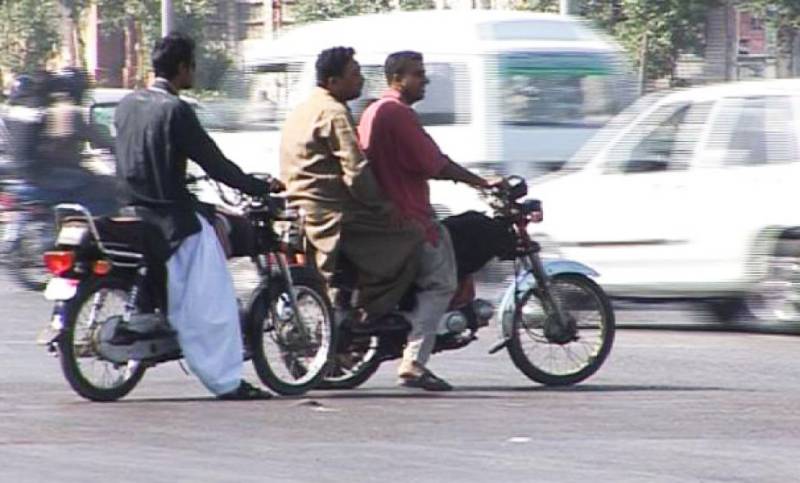 KARACHI – The Sindh government has announced a ban on pillion riding across the province in wake of security measures ahead of Eid Miladun Nabi.

As per the notification, the province-wide ban on pillion riding will be imposed from October 8 to 9 amid security concerns and threat perception. The home department notified the ban in different districts of Sindh and the provincial capital Karachi.

The stern measures were placed as terror groups looking to target political and religious personalities across the southeastern region ahead of Eid Miladun Nabi.

It further reads that pillion riding will not be allowed on 8th and 12th Rabi-ul-Awwal in Hyderabad, 11th and 12th in Sukkur, 8th and 12th in Khairpur, 12th in Ghotki, Sanghar, Larkana, Rato Dero, Bakrani, Dokri, Nawabshah, Jacobabad, Thal, Garhi Khairo, Kandhkot, and Shahdadkot.

KARACHI – A Chinese dentist was shot dead and two others sustained injuries after a gunman attacked a clinic in ...

Meanwhile, officials and personnel of the law enforcement agencies. journalists, women and children are exempted from the ban.