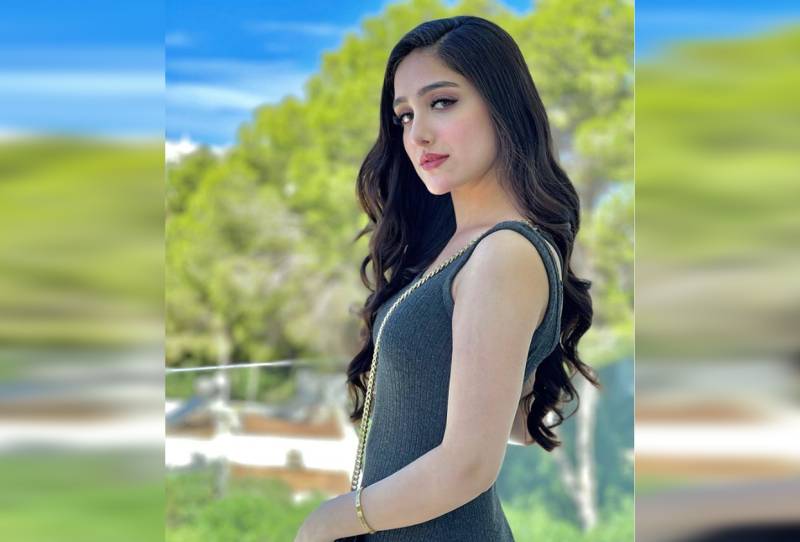 PARIS – Pakistani showbiz starlet Aiza Awan, on his recent trip to Europe, has shared some stunning pictures of herself enjoying the beautiful location and giving travel goals to her fans.

The Faryaad actor captured her cheering snaps from Ibiza and France while she also captured herself spending quality time in Paris.

In another picture, she posed outside Basílica I Temple Expiatori de la Sagrada Família, the largest unfinished Roman Catholic church located in Spain.

In other pictures, she posed in a dress jacket while she looks captivating.

The clicks garnered thousands of love reactions from social media users as people complimented her look with their comments.

Aiza has proved her mettle in the local drama industry, she made her debut with the superhit serial Zard Zamano Ka Sawera and also appeared in other soap operas including Faryaad and Yeh Na Thi Hamari Qismat.