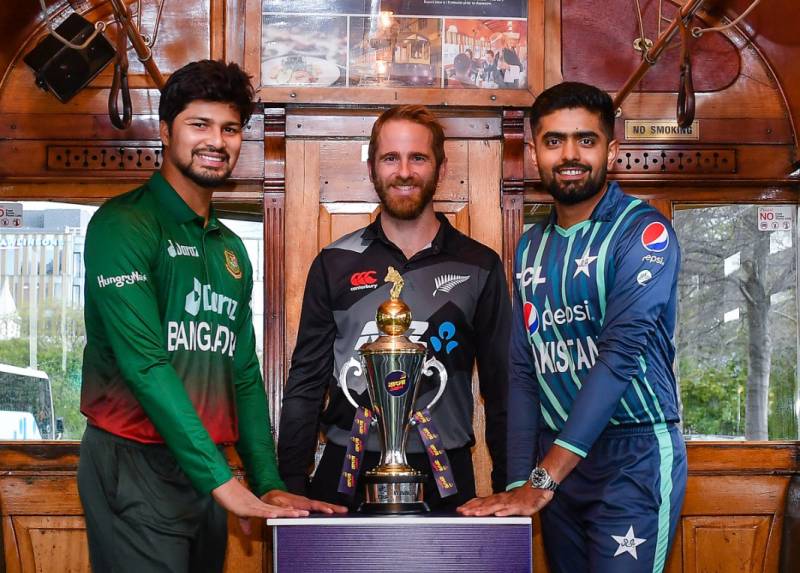 AUCKLAND – The skippers of Pakistan, New Zealand, and Bangladesh unveiled the series trophy in Christchurch as matches are set to commence on October 7.

The pictures of the glittering trophy were also shared by the Pakistan Cricket Board on its official Twitter account.

Babar Azam can be seen posing with New Zealand’s Kane Williamson, and Bangladesh’s Nurul Hasan Sohan with the trophy.

The series kicks off on Friday with the match between Pakistan and Bangladesh 🏏#NZTriSeries | #BackTheBoysInGreen pic.twitter.com/Jggf4F88ge

The Pakistani squad reached New Zealand on Tuesday and was greeted by chilly weather in Christchurch. Green shirts will take on Bangladesh in the opening game.

On the other hand, the tri-nation series is expected to give the participating teams much-needed confidence before the ICC men’s T20 World Cup 2022 in Australia, starting from October 16.