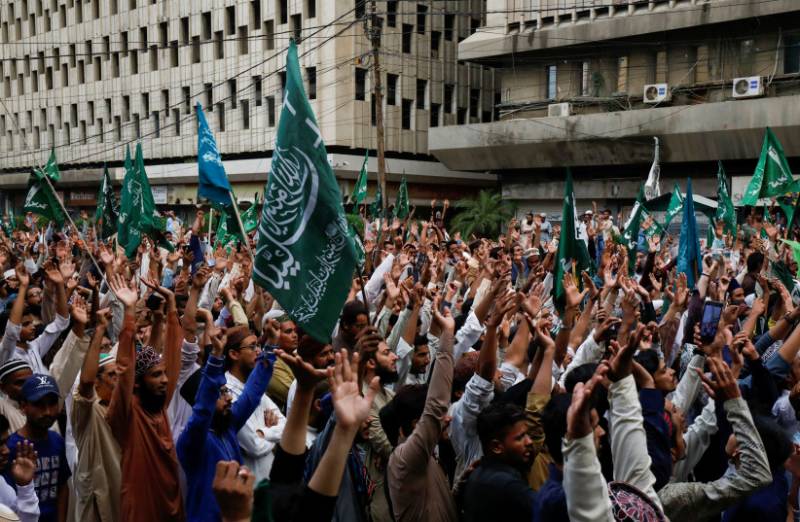 KARACHI - Hundreds of Muslims demonstrated in Karachi on Friday over a reprint of French satirical newspaper Charlie Hebdo featuring a drawing of the Prophet Muhammad.

Protesters and those associated with the Tehreek-e-Labbaik Pakistan (TLP) political party set fire to a French flag and chanted slogans against the French government.

The depiction of the prophet is deemed insulting to many followers of Islam.

The republication of the cartoon this week came as the trial began in France of 14 people over the 2015 attacks on Charlie Hebdo's then-office and on a kosher supermarket.