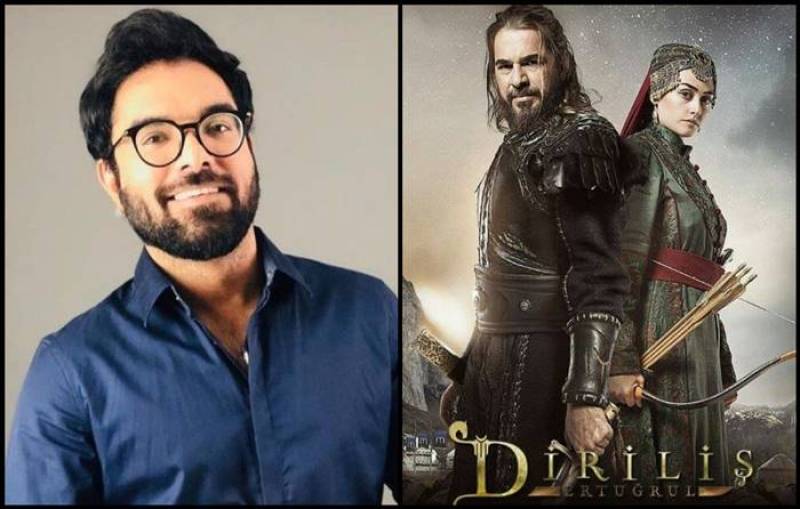 Actor Yasir Hussain is popular for grabbing eyeballs because of his controversial statements. His remarks about certain things have landed him in hot waters multiple times, especially when he shares his opinions about the hit Turkish drama, Diriliş: Ertuğrul.

Recently, the television actor shared a tweet on his Instagram story, featuring pictures of the two Pakistani's that looked eerily similar to the Diriliş: Ertuğrul actors. Both men in the picture were titled as the ‘Pakistani Turgut and Pakistani Ertuğrul.’

In the caption of his story, Hussain explained how they would never be given the same recognition as their Turkish twins. “Inko koi nahi poochyga” he said. “Kyunke ghar ki murgi daal barabar or bahar ka kachra bhi maal barabar (Because homemade chicken is equivalent to lentils while international garbage is still worth cashing in),” wrote Yasir.

Earlier in July, a renowned mobile brand had announced that they have signed Esra Bilgic, essaying the role of Halima Sultan in hit series Ertugrul, to represent their new campaign.

Yasir Hussain objected to the idea of foreign stars taking over Pakistan and received immense backlash for his statement.

Taking to Instagram, he lashed out as to why Bilgic has been given the ambassadorship of a Pakistani brand.

Hussain asks, "Don't you think a Pakistani brand should have a Pakistani ambassador? Not Indian or Turkish?"

He continued, "Is Mahira, Saba, Sonya, Minal, Aiman, Amar, Zara, Haniya, Sana, Yumna, Armeena, Sara, Hira... anyone not worthy enough to be a brand ambassador for a Pakistani brand?"