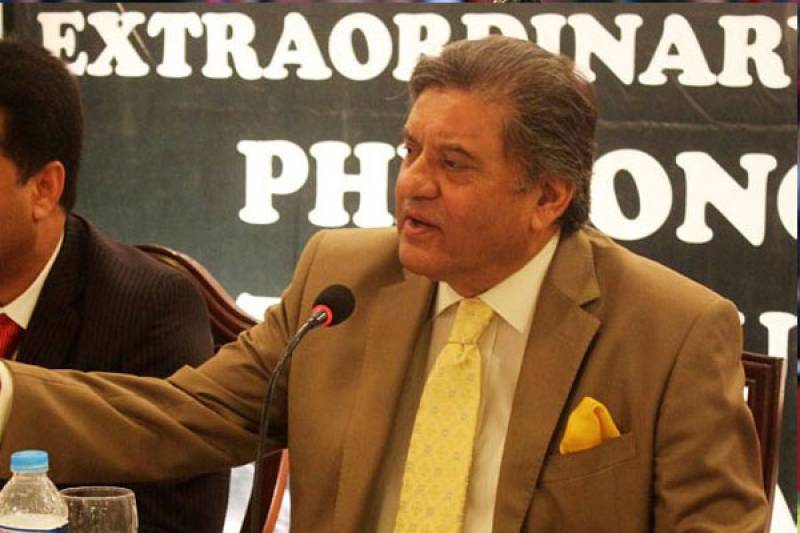 LAHORE – Pakistan Hockey Federation (PHF), President Brig (r) Khalid Sajjad Khokhar said that uniform syllabus of hockey coaching will be implemented in a month time throughout the country to weed out a number of in practice coaching methods which are causing confusion and responsible for overall decline of the game.

“Coaches are using different coaching methodologies which are creating different mindsets in hockey at grassroots level and when players come to attend the national camp it is very difficult to switch them to a coaching method which is suitable for them,” he told APP in an interview here.

He said in today’s modern hockey top notch teams of the world have one coaching method which is in practice from junior to highest level of the game.

“The biggest problem we are facing is that our coaches are using different outline of hockey teaching that is why players learn different methods and when players with different coaching techniques assemble in a national training camp it becomes difficult to bring them on one page. And the process to teach them required hockey method takes a lot of time,” PHF Chief said. “Different coaching techniques are causing confusion and are also responsible for the decline of the game,” he added.

Khalid said a committee is being formed to work on it and to prepare a uniform coaching curriculum for grassroots level to develop a hockey culture which is free from confusion and aims at imparting training according to modern hockey, rather banking upon orthodox or obsolete coaching methods.

“This task is not easy but we are determined to implement it in the larger interest of hockey and to create uniformity in hockey coaching across the country,” he said.

To a question, he said PHF has not dropped the idea of staging its hockey league and efforts are being made to organise it after getting NOC from the Punjab government.

“We had an option to organise our league abroad but such a venture will not serve any purpose and we want to stage it in Pakistan to revive the game and to bring back international hockey to the country,” he added.

President PHF said hockey league will be a step forward to infuse a new life in hockey in Pakistan as local players will be exposed to the highest level of competitive hockey amid the presence of the foreign players.

Responding to a query, he said PHF has approached Punjab Chief Minister, Muhammad Shahbaz Sharif in organising the league and expressed the optimism that the CM who is a diehard supporter of hockey will extend all out help in this regard.

Brig Khalid expressed his gratitude to the federal government for providing funds for the revival and development of the game and said without the support of the government it was not possible to continue hockey activities.

To a question, he said hockey has been put on the road of recovery as the senior team is being rebuilt by infusing young blood which justified its inclusion during the recent tours of New Zealand and Australia.

“Our junior team is also in a good shape and it is being sent to Australia to play hockey and learn the finer points of the game,” he said, adding, “junior players are the future of Pakistan hockey and they are full of potential. We are confident they would bring laurels for the country.”

The Chief said the ongoing tour of the senior team to Australia is of high significance and will help it prepare for the Champion League in June in England to qualify for the next year’s hockey World Cup.-APP