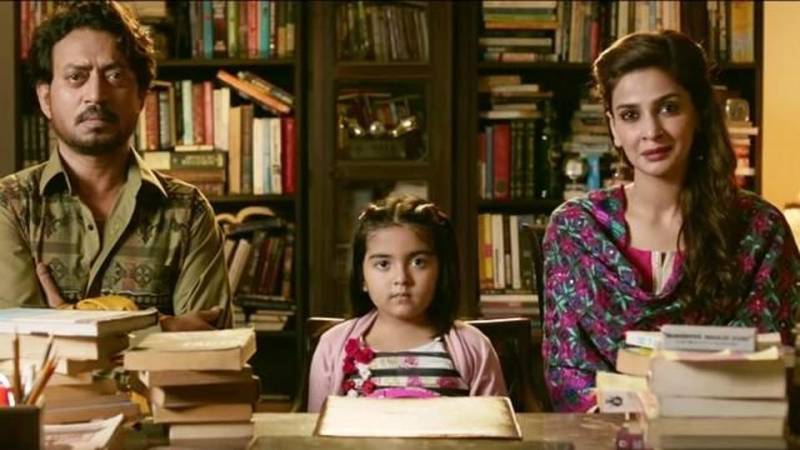 BEIJING - Saba Qamar and Irrfan Khan starrer Bollywood film Hindi Medium has opened to be a big hit in China.

A T-Series and Maddock Films production, 'Hindi Medium' released in China on April, 4 2018 and made $3.68 million on its opening day - becoming the second biggest Bollywood opener  after Aamir Khan’s 'Secret Superstar'.

Producer Bhushan Kumar of T-Series also said in a statement, "Hindi Medium is content-driven. There’s a unique twist in this tale."

The film is a light humor of a social commentary on the educational system.

And if you just forgot something about it, here is the trailer to refresh your memory.