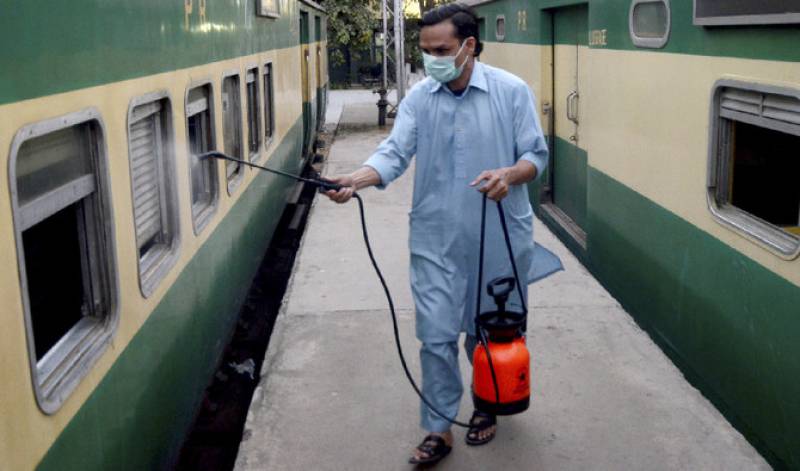 Talking to private news channel, Minister Railway said that "if the prime minister allowed, Pakistan Railways will resume its services, adding , 25 April is important where everything will be cleared for Corona and sugar Mafia".

Sheikh Rasheed also announced that seven railway hospitals will also be dedicated to treating coronavirus patients, adding that "50-bed quarantine will be established inside a train while a railway hospital having the capacity to accommodate 450 patients will also treat the virus patients in Rawalpindi." He said PR started a record 20 trains before the lockdown," adding that the passengers would have been stranded in Karachi if they had not run 40 trains before the lockdown.

He said Pakistan railway play active role after lockdown and our situation is far better than India where many passengers died after hunger and Corona lockdown on Railway stations.

Replying a Question, he said that the Prime Minister committed to fulfilled his promise by making inquiry report on wheat and sugar crises public.

He said, appropriate action will be taken against the culprits in accordance with law and constitution of the country.

Rasheed further said government will defeat the sugar mafia which is a major hurdle in country's progress.

Railway minister also mentioned that incurring more than a Rs 1 billion loss every week due to Coronavirus pandemic.

He announced to run 20 trains when this lockdown was over, saying that it was the existing demand.

"More than 165,00 passengers travelled in trains in the last two days before the lockdown," said the Railways Minister.

The Rasheed said that data of collies, railways employees and pensioners was sent to Ehsaas Programme for income support.

"No employee of Pakistan Railways has contacted the virus and the situation in the country is better as compared to some other countries. The situation will become clearer on April 14.

He also demanded Special Assistant to Prime Minister on Poverty Alleviation and Social Safety Dr. Sania Nishtar to collect fresh daily wagers data as now they are surviving most.