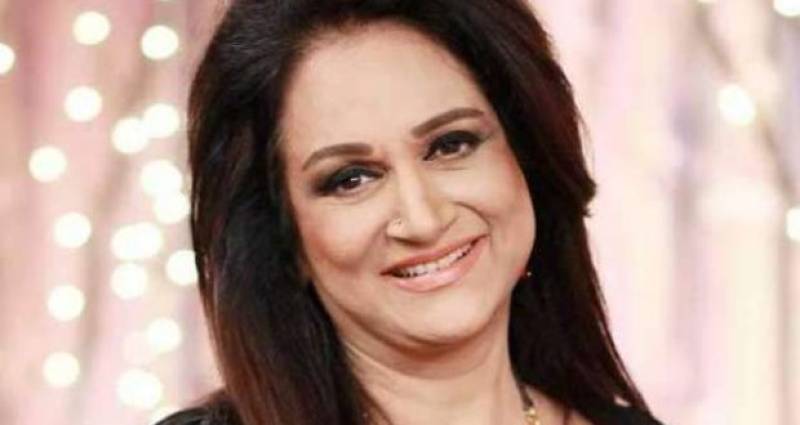 KARACHI - Bushra Ansari is a legendary star of Pakistani showbiz industry. She has been a part of much famous comedy series and has been entertaining the audience for many years. She not so long ago played the role of a Punjabi lady 'Saima Chaudhry' was being liked greatly by the Pakistanis.

Fans were disappointed when the serial was discontinued after Annie but there’s some good news in store. Bushra Ansari, in a recent interview with local newspaper, has confirmed that a new Aayegi Baraat drama is in the works.

Bushra shared her upcoming project saying, “Something I’m very excited about is that I’ve been asked to write the next installment of the Aayegi Baraat series,” she said. “I haven’t started it as of yet, but since a lot of people had demanded it and I initially wanted Ahmad and Vasay (Chaudhry) to write it, but they were both already busy, I finally took it up. So I’ve started thinking about whose Baraat will now come (smiles). Instead of doing something around the same old saas-bahu, I want to write to my caliber.”

We’re excited to see Bushra again with her superb acting skills and yes this lady surely makes us laugh. The character of Saima Chaudhry (who has inspired so many more characters ever since) and many other actors tried to create the charm as Bushra Ansari had done but no one was up to her standard.