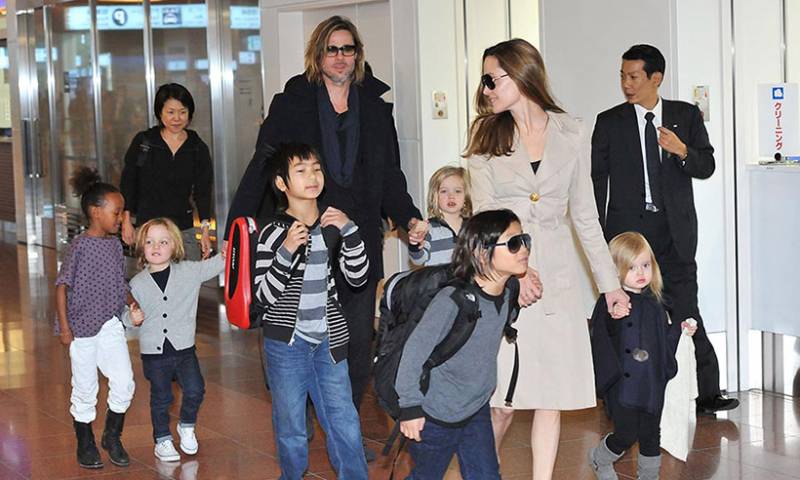 Things are better between Hollywood star Angelina Jolie and ex, Brad Pitt, but no, they aren't getting back together. And now, the A-lister wants her children to have a better relationship with their father.

According to US Weekly, Jolie “has been advocating for a reconciliation” between the actor and their oldest children: Maddox and Pax.

However, a source close to the family told the tabloid that “there’s no sign this is true, but it would be great if they were.”

Pitt's relationship with oldest son Maddox has been rough since 2016 after the two had an argument on a flight.

"The relationship continues to be nonexistent," reported the magazine.

Earlier this year, during an interview with Vogue, Jolie confessed that she filed for divorce from Pitt for the 'well-being' of their kids.

Brad and Angelina called it quits in 2016 after a messy fight. The former couple have six children including Maddox, 18; Pax, 16; Zahara, 15; Shiloh, 14; and 11-year-old twins Knox and Vivienne.