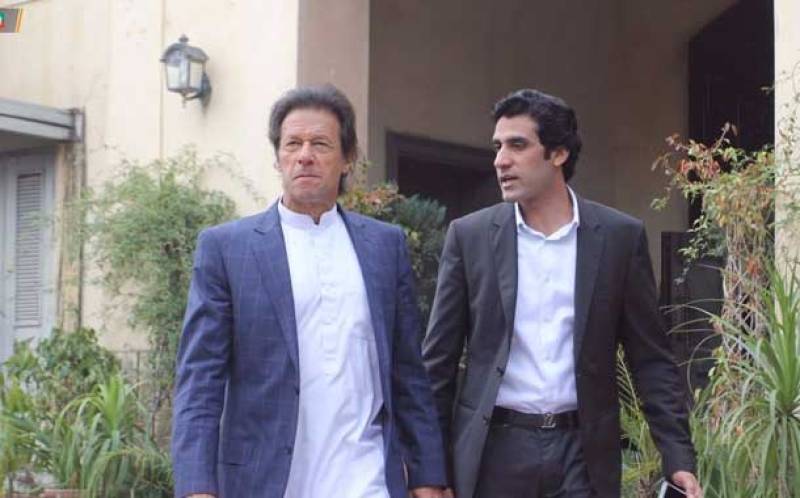 LAHORE – PTI leader Awn Chaudry resigned as Special Coordinator to Chief Minister Punjab on Political Affairs after he was asked to disassociate himself from the Jahangir Tareen group or step down from the position.

The Chaudry’s resignation letter, a copy of which circulating on social media, narrates the treatment meted out to him at the hands of the party leadership.

“I served PTI, wholeheartedly, completely ignoring my personal life and family for a cause. Sadly I was 'rewarded' by being removed right before the oath-taking ceremony of the Prime Minister which I accepted with grace,” he stated.

“I was then made Advisor to the CM without any portfolio in Punjab and again I was removed unceremoniously and I even accepted that.”

Awn Chaudry said that he was told by CM Office to part ways with Tareen or resign from the post, adding that he has preferred to step down.

Since yesterday PTI was making claims that another wicket of Tareen will fall today.
Yes, the wicket has fallen. A PTI wicket is down.
😜 pic.twitter.com/pes5z7DdCc

“Everyone knows that Jahangir Khan Tareen is the person who played a pivotal role in the struggle of PTI and keeping in view his efforts for the success of PTI in 2018 Elections and formation of PTI Govt in the Centre and Punjab, my conscience does not allow me to abandon my association with the most loyal member of PTI who served selflessly as I have.”

He added: “I prefer to submit my resignation from the post of Special Coordinator to the CM, to stand by Mr Tareen and his Group. I have always put my trust in Allah and He has always guided me and will continue to guide me in future Insha Allah.”

The loyalists of the business tycoon made a group in May earlier this year to raise voice against what they term PTI government’s revengeful acts against Jahangir Tareen.