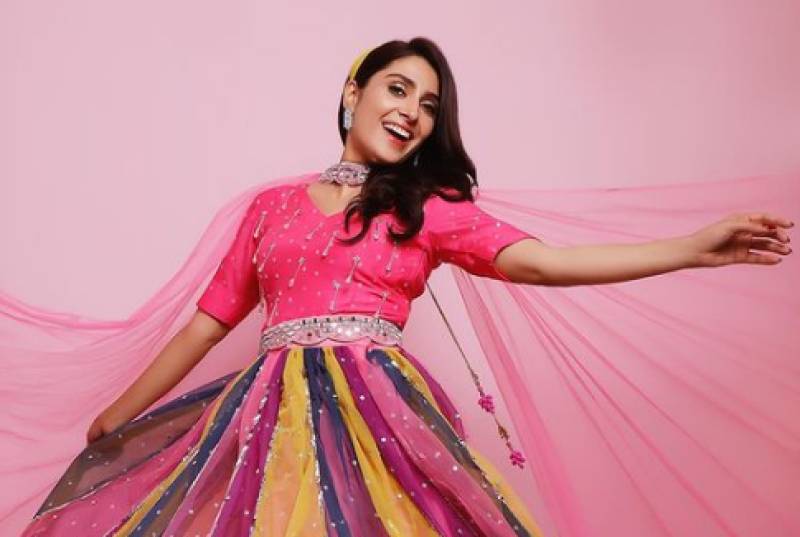 Ayeza Khan has been winning hearts as she continues to dress in the best ultra-glam looks of the subcontinent's favourite divas and showcase her killer dance moves.

The Meray Paas Tum Ho star took to her Instagram handle as she posted the fabulous dance video where she grooves to Madhuri Dixit's popular song.

Dancing and swaying away to the energetic beats, Ayeza is dressed to the nines in a colourful lehenga choli looking drop-dead gorgeous as she twirls away.

"Ik do teen chaar… Kese lagi apko qist chaar??? Link in he bio", she captions while asking fans for feedback of the fourth episode of her drama serial Laapata.

Moreover, Khan glides into the shoes of a TikToker named Geeti who makes musical and dance-oriented videos and channels popular diva's iconic looks in the drama.

On the work front, Laapata is being loved by the drama buffs and Ayeza Khan has been lauded for her spectacular portrayal of Geeti.

Pakistanis have fallen head over heels with Ayeza Khan's stunning glam looks of the popular fashionistas for her drama ...