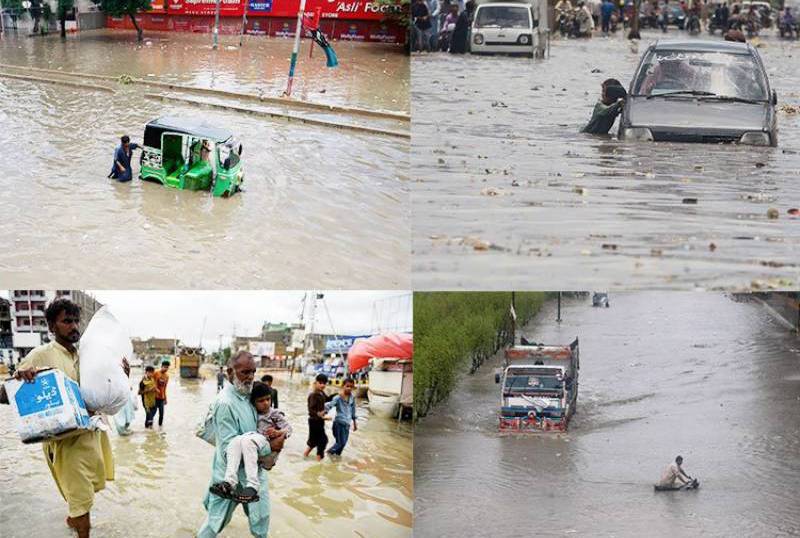 ISLAMABAD – Federal government has imposed ‘Monsoon Emergency’ in the rain and flood-affected areas on the instructions of PM Shehbaz Sharif, as the met office warned of more rains in Sindh and Balochistan after two systems of monsoon currents over the next week.

The monsoon emergency was declared in wake of the fresh spell of heavy rain, which is expected from today (Saturday) to August 9 while the death toll from more than torrential rains and flash flooding across Pakistan crossed 550.

Pakistan Meteorological Department said the country was likely to be lashed with more rains in the coming weeks that were going to trigger floods in several areas, including southeastern, and southwestern regions.

Minister for climate change and PPP leader Sherry Rehman shared a series of tweets in which she informed that the decision was going to be implemented from today, saying all provinces and district administrations, NDMA & PDMAs need to act now to take as many preventive measures as possible.

Weeks-long rain pummeled parts of South Asian country, with at least 552 casualties reported since June 14 when the rainy season started. NDMA revealed that more than 625 people were injured.

Civil administration along with armed forces continued relief camps in flood-hit regions and working to help relocate families and provide food and medicine.

Every year, parts of the country struggle with the annual rains, drawing criticism about planning, however, devastation occurred as national rainfall for the month of July 2022 was measured above average and stood as the record wettest July since 1961.