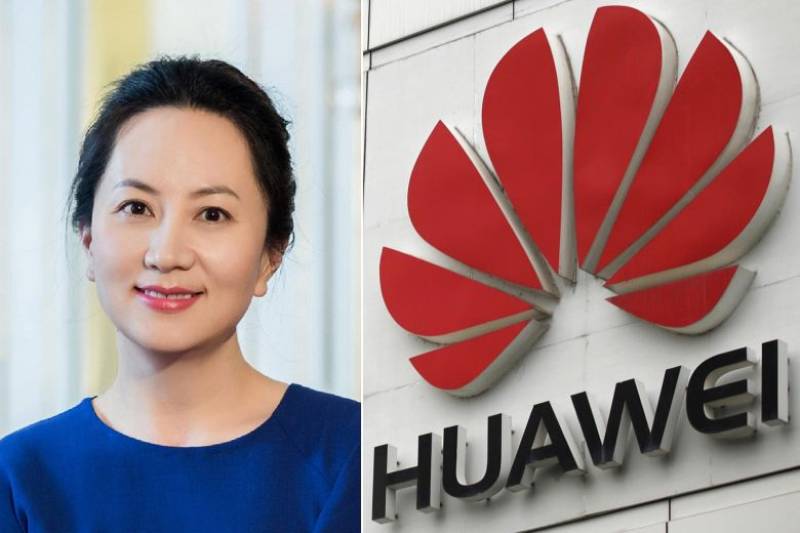 OTTAWA - The chief financial officer of China's global telecommunications giant Huawei has been arrested in Canada and faces extradition to the United States, officials said Thursday, triggering a strong protest by Beijing, which called for her immediate release.

Meng Wanzhou's detention comes after American authorities reportedly launched an investigation into suspected Iran sanctions by Huawei, which was already under scrutiny by US intelligence officials, who deemed the company a national security threat.

Meng "was arrested in Vancouver on December 1," a statement by Canada's ministry of justice said.

"She is sought for extradition by the United States, and a bail hearing has been set for Friday."

The ministry added it could not provide further details due to a publication ban that was sought by Meng, who is the daughter of Huawei founder Ren Zhengfei, a former Chinese People's Liberation Army engineer.

The Wall Street Journal reported in April that US Department of Justice had opened an investigation into suspected violations of Iran sanctions by Huawei.

The New York Times meanwhile said that the company had been subpoenaed by the Commerce and Treasury Departments over alleged violations of Iran and North Korea sanctions.

China's embassy in Ottawa issued a swift reaction to the news, calling for Meng's release.

"The Chinese side firmly opposes and strongly protests over such kind of actions which seriously harmed the human rights of the victim," the diplomatic mission said in a statement.

"The Chinese side has lodged stern representations with the US and Canadian side, and urged them to immediately correct the wrongdoing and restore the personal freedom of Meng Wanzhou."

Huawei added it was unaware of any wrongdoing and was in compliance with all applicable laws.

"The company has been provided very little information regarding the charges and is not aware of any wrongdoing by Wanzhou," it said.

Huawei is one of the world's largest telecommunications equipment and services providers but despite global success, its US business has been tightly constrained by worries it could undermine American competitors and that its cellphones and networking equipment, used widely in other countries, could provide Beijing with avenues for espionage.

Over the summer, Australia also barred Huawei from providing 5G technology for wireless networks in the country over espionage fears. New Zealand followed suit in November, but said the issue was a technological one.

WASHINGTON – Six top US intelligence officials have reportedly warned US citizens not to use smartphones from Chinese ...

In June, Canada's Globe and Mail newspaper reported that US lawmakers warned the Canadian government that Huawei posed a major cybersecurity risk.

Despite being essentially barred from the critical US market, Huawei surpassed Apple to become the world's number two smartphone maker in the second quarter of this year and has market leader Samsung in its sights.

Heads of six US intelligence agencies, including FBI, CIA, and NSA yesterday warned US citizens against the use of ...

Meng's arrest comes as Ottawa and Beijing have been engaged in exploratory talks on a free trade agreement for the past two years, which would be the first deal of its kind between China and a western country.