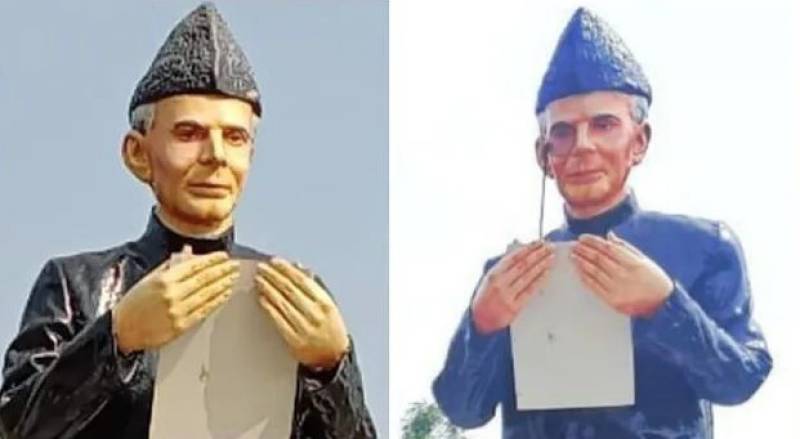 Reports in local media said a statue of the founder of Pakistan in Vehari has been robbed of a monocle glass – a single corrective lens which Jinnah used to wear to enhance the visual perception.

The stolen piece is understood to be a replica that was mounted on a statue that shows Jinnah reading from a paper while wearing his famous monocle.

Father of the Nation was pictured on a number of occasions wearing his monocle and reading from papers while the statue is a three-dimensional recreation of his photo taken at August 11 speech to the Constituent Assembly of Pakistan.

Meanwhile, the officials learned about the theft on Sunday and started a probe. Law enforcers are taking help from the footage of CCTV cameras mounted in the locality.

DC speaking to a leading daily mentioned that he had ordered an inquiry into the theft incident. He said the thieves would be arrested soon with the help of the CCTV cameras.

Chief Minister Usman Buzdar also took notice of the incident and sought a report from the Multan commissioner. Buzdar termed the theft as a highly deplorable act and ordered legal action against the suspects.