More than 10 prisoners escape from police custody at Lahore court 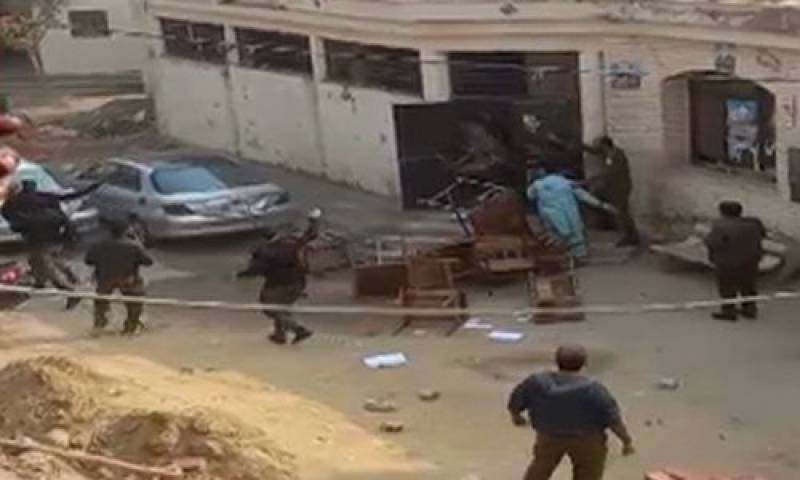 LAHORE – More than 10 under-trial prisoners escaped from a lock-up at a court in the Punjab capital in the presence of police officials on Monday.

They managed to flee following a clash between two groups of prisoners who had been brought to the districts courts in Model Town for hearing of their cases.

Lahore SSP (Operations) Mustansar Feroze told the media that 166 suspects were detained at the lock-up when the fight broke out between the two groups.

At least 12 under-trial prisoners escaped police custody after a clash broke out between two groups while they were being presented before a local court in #Lahore on Monday. pic.twitter.com/sFuJEoJ9lz

When police officials brought them out of the lock-up to control the situation, they started clashing with cops, attacking them with chairs, tube lights and stones.

During the clashes, 12 of the prisoners fled. Feroze said that two of them had been arrested while search operation is underway to detain others.

A video of the incident showed policemen are watching the whole episode helplessly.

SSP Lahore said that an internal inquiry will also be conducted to take disciplinary action against the police officers for showing negligence.