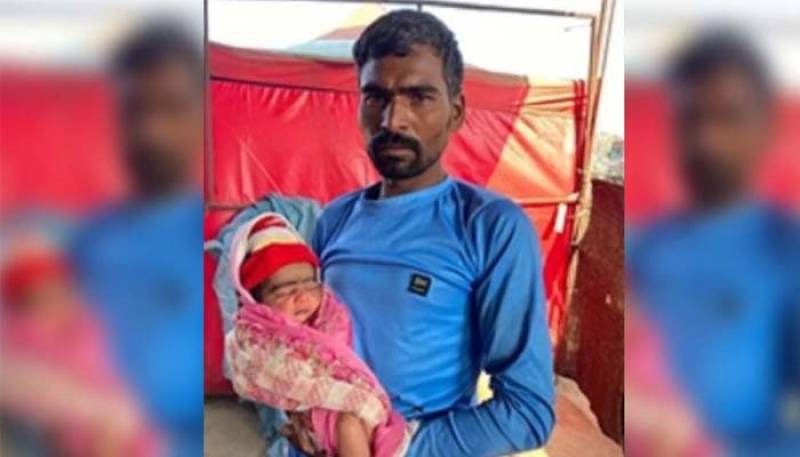 LAHORE – A Pakistan couple who remained stranded at Wagah-Attari border on Indian side for more than two months, has named their newborn as ‘Border’.

Nimbu Bai and Balam Ram, who belong to Rajanpur district of Punjab province, said that they chose the name for their child because he was born at the Pakistan-India border.

Nimbu Bai gave birth to Border on December 2 after some women from Indian Punjab villages helped her deliver the child.

The couple is among 99 Pakistan citizens, who had gone to India on a pilgrimage. They have been struck there for 71 days and unable to return home due to lack of some requisite documents.

The stranded people include 47 children out of which six were born in India and they are below the age of one.

Apart from Balam Ram, another Pakistani citizen named Lagya Ram, who was also living in the same tent, named his son 'Bharat' as he was born in Jodhpur in 2020. Lagya went to India to meet his brother in Jodhpur but could not return to Pakistan.