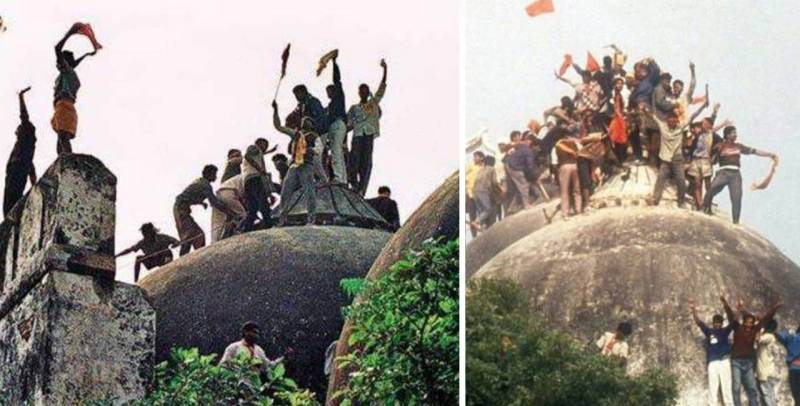 As Muslims in Pakistan and other parts of the world mark December 06 as Black Day, #BabriMasjid, #BabriZindaHai, and other trends appear on social media sites with users condemning horrific memories of Hindu mobsters who demolish the three domes of iconic mosque in north India.

Minorities are not safe in Indian even their holy sites but @hrw @UN @UNHumanRights @OIC_OIC are just watching.

Remembering the 30th anniversary of the great betrayal and brutality. Thousands of innocent Muslims were killed in the riots orchestrated by the Hindutva. We have not forgotten their sacrifices.#babrimasjid #BabriZindaHai #BabriMasjidVictimOfInjustice pic.twitter.com/f3tmAywBg8

Amid the condemnation, Foreign Office in a statement said today marked another year since the tragic demolition of the historic Babri Masjid by BJP-RSS zealots.

Pakistan renewed the call to reconstruct the Babri Masjid at its original site and ensure the safety and protection of mosques and Islamic holy sites in India.

Three years back, India’s top court allowed the construction of a temple on the site of the demolished mosque after which Indian prime minister Narendra Modi laid the foundation of temple at the site of the historic Babri mosque.

Construction of the Hindu temple among several other extreme steps is on the agenda of the ruling party to appease its Hindu nationalist voters.