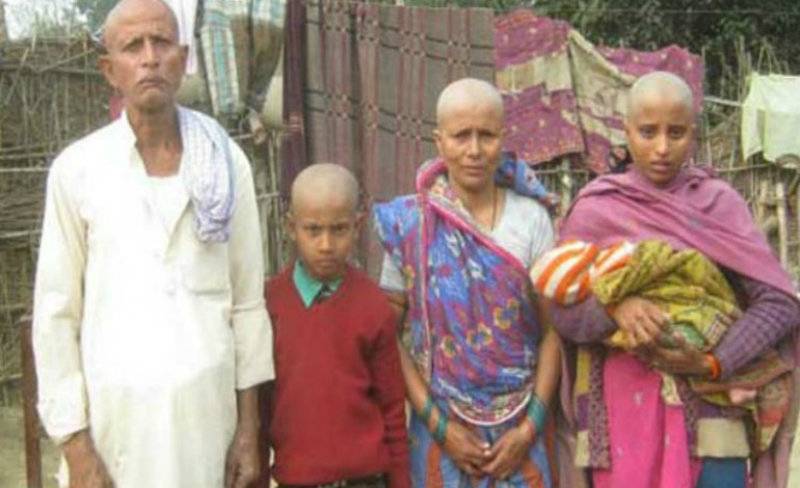 BIHAR (Web Desk) - A family in India‘s Bihar state claimed of turning bald after taking bath from a handpump’s water outside their residence.

According to an ETV report, a villager, Mohammad Hasim of Madhubani district claimed that his wife and two children had taken bath from the water of a handpump and later complained of itching around the head.

After a while, all the family members started losing their hairs.

A doctor was called to check on the family and the water of the handpump was set for further investigation. Local authorities also made a visit to the family.

The authorities have sealed the handpump till availability of medical report.

The villagers, however, said that the handpump’s water is being used by them since a long time, but till now no such incident ever happened.

The district officer has instructed the village head to install a new handpump for the family.