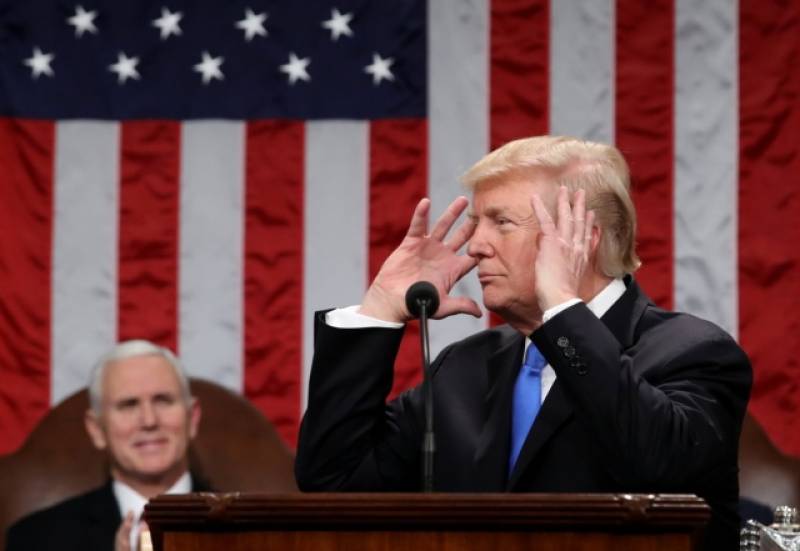 WASHINGTON – US President Donald Trump said Tuesday that talks with Afghanistan's Taliban were making headway as he voiced cautious hope for a negotiated end to America's longest war.

"My administration is holding constructive talks with a number of Afghan groups, including the Taliban," Trump said in his annual State of the Union address to Congress, weighing "a possible political solution to this long and bloody conflict."

"We do not know whether we will achieve an agreement – but we do know that after two decades of war, the hour has come to at least try for peace," Trump said.

However, he warned opponents of any misadventure against the United States.

"Above all, friend and foe alike must never doubt this Nation's power and will to defend our people. Eighteen years ago, terrorists attacked the USS Cole – and last month American forces killed one of the leaders of the attack," he added.

Currently there are 14,000 US troops stationed in Afghanistan.

The US troops in Afghanistan have a dual mission of training, advising and assisting Afghan forces in their fight against the Taliban and conducting counterterrorism missions against groups such as ISIS and al Qaeda.

Zalmay Khalilzad, the Trump administration’s special envoy for Afghanistan reconciliation, last week told The New York Times that talks with the Taliban in Qatar yielded a preliminary framework for a peace agreement.

Khalilzad has stressed that there remains much work before a final agreement. But in general, the Taliban would agree under the proposed deal to not allow Afghanistan to be used by terrorists to plot attacks, which would allow the United State to withdraw from the country after the longest war in US history.

In December, Trump announced he would withdraw all 2,000 US troops from Syria, a decision that precipitated the resignation of James Mattis as Defense secretary and which was derided by lawmakers in both parties as premature.

On Tuesday, Gen. Joseph Votel, the top US commander in the Middle East, said Trump made the announcement without consulting him. The Senate also Tuesday afternoon approved 77-23 a bill that warns against a "precipitous" withdrawal in Syria and Afghanistan.

Trump also declared victory against the Islamic State in Iraq and Syria (ISIS) when he said in December that troops would be withdrawn from Syria.