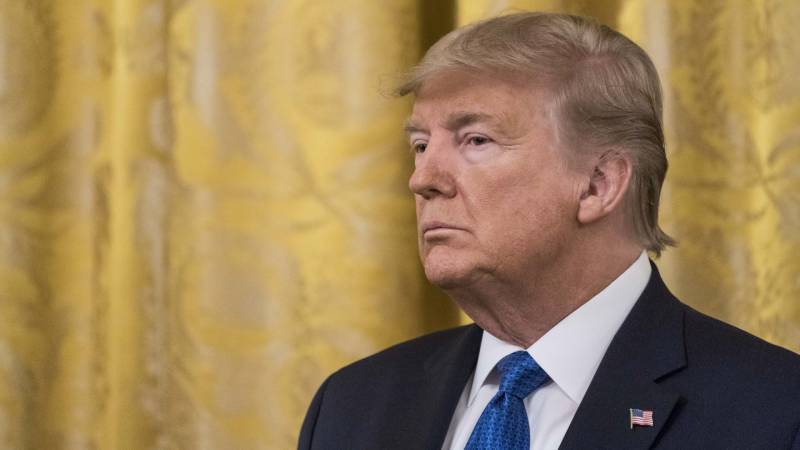 WASHINGTON - US President Donald Trump was cleared of abuse of power allegation, one of the two impeachment charges, in the Senate voting after two-week long trial.

The Republican-controlled voted 52-42 to acquit Trump that he had stopped the military assistance to Ukraine in order to put pressure on the country to launch investigation against his political rival Joe Biden.

"Two thirds of the senators present not having found him guilty of the charges contained therein, it is therefore ordered and adjudged that the said Donald John Trump be, and he is hereby, acquitted," announced Supreme Court Chief Justice John Roberts.

A statement issued by the White House following the acquittal said, "...the sham impeachment attempt concocted by Democrats ended in the full vindication and exoneration of President Donald J. Trump. As we have said all along, he is not guilty. The Senate voted to reject the baseless articles of impeachment, and only the President’s political opponents – all Democrats, and one failed Republican presidential candidate – voted for the manufactured impeachment articles".

Now the voting on the second charge that the US president had attempted to hinder the impeachment investigation by denying cooperation.

On Friday, the Senate voted 51-49 to not allow additional witnesses in the trial, denying Senate Democrats' hopes of having former National Security Adviser John Bolton's testify after a manuscript of his unpublished book stated that Trump ordered him to help pressure Ukraine to investigate Democratic presidential rival Joe Biden and his son Hunter Biden.

Trump has denied doing anything wrong and has repeatedly said the impeachment is a hoax intending to remove him from office to reverse the results of the 2016 presidential election.