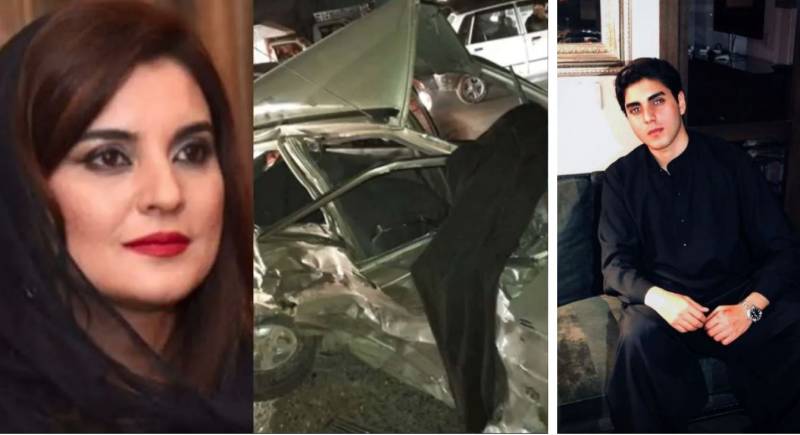 ISLAMABAD – Azlan Khan, son of Federal Ombudsperson for Protection against Harassment of Women, breaks silence after the G-11 traffic accident in the federal capital which claimed four lives. 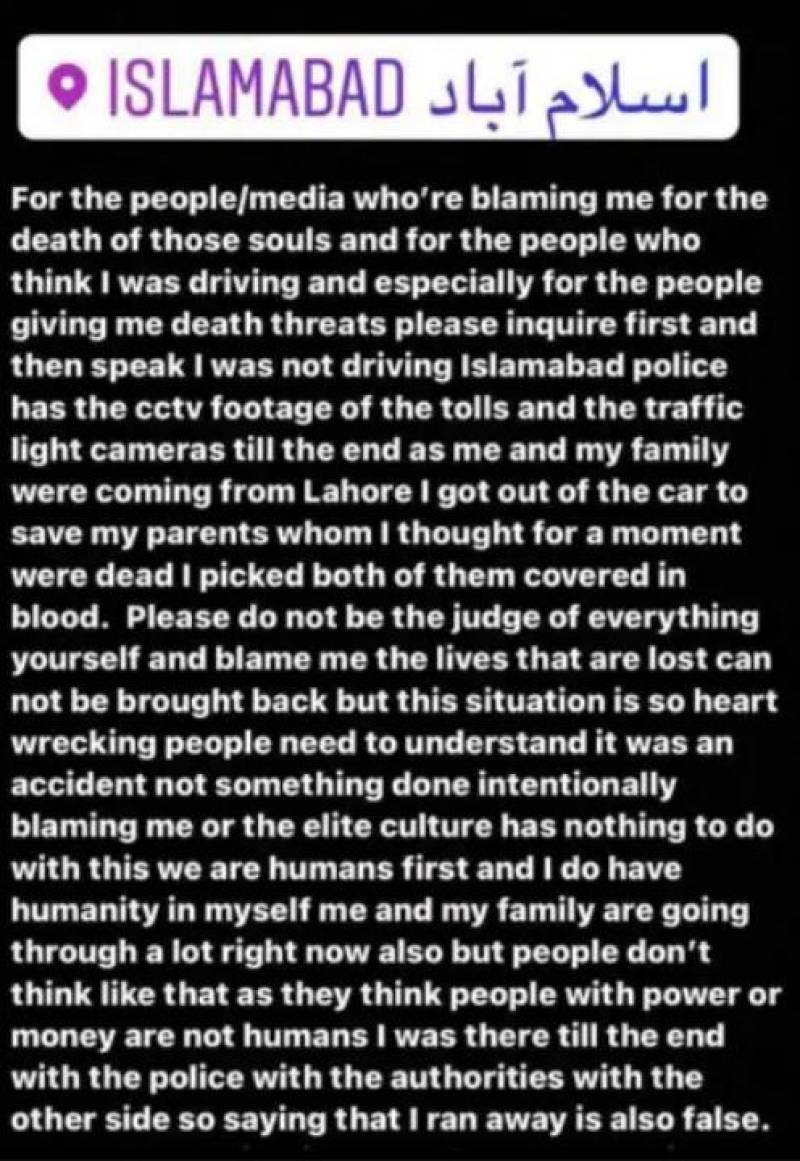 He added, "I was not driving. Islamabad police have the footage. I got out of the vehicle to save my parents whom I thought dead for a moment. I picked both of them covered in blood," he wrote in the Instagram story. 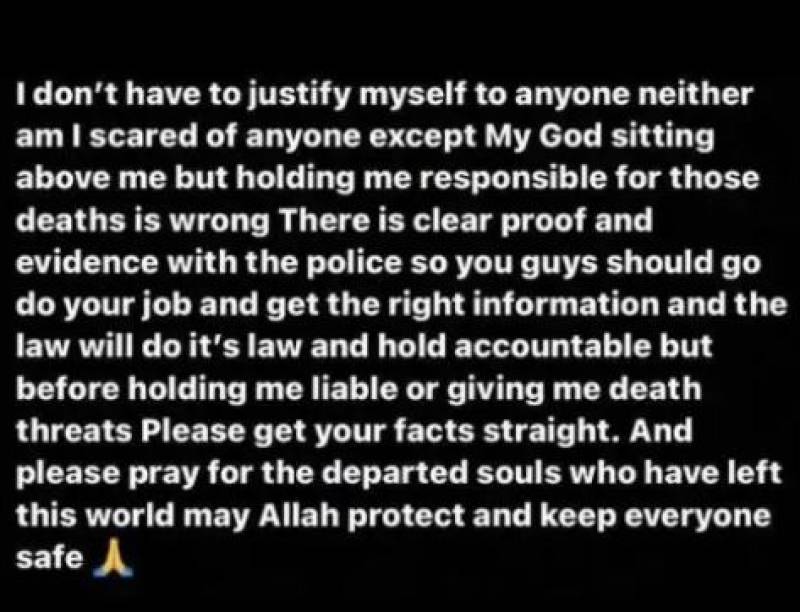 Earlier, a wounded survivor of the Srinagar Highway accident, Mujibur Rehman, had actually named Azlan in the video. He testified that Khan was driving the SUV.

ISLAMABAD – One of the injured survivors of the Islamabad’s Srinagar Highway accident testified that he has ...

Kashmala Tariq also denied her son was driving the vehicle, she called the whole scenario a media trial.

ISLAMABAD – At least four people crushed to death in a tragic accident at G-11 signal on Srinagar Highway in the ...