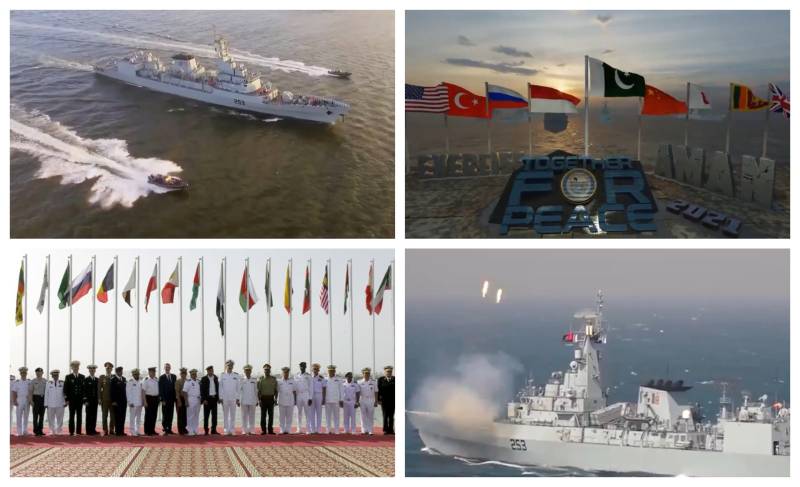 KARACHI – Pakistan Navy has released a new promo in connection with the multinational naval exercise  "AMAN".

According to the Spokesperson, Pakistan Navy has been arranging the naval exercise "AMAN" since 2007 in which Naval forces from around the world participate.

This year, Around 45 countries including US, China, Russia, UK, Turkey, Bangladesh, Srilanka, Indonesia, Malaysia, GCC, African Union Countries and others are participating with aircraft carriers, frigate ships, special operation forces and observers are participating in this exercise.

#PakNavy took an initiative of AMAN Exercise in 2007 with the aim to promote peace & stability in Indian Ocean Region. Over 40 countries are participating in 7th AMAN Exercise with one common resolve “Together for Peace”. pic.twitter.com/08TJBXbXQL

The exercise, will be hosted on February 21 under the slogan Together for Peace, is aimed at enhancing joint operational capabilities and professional skills for regional peace and stability.