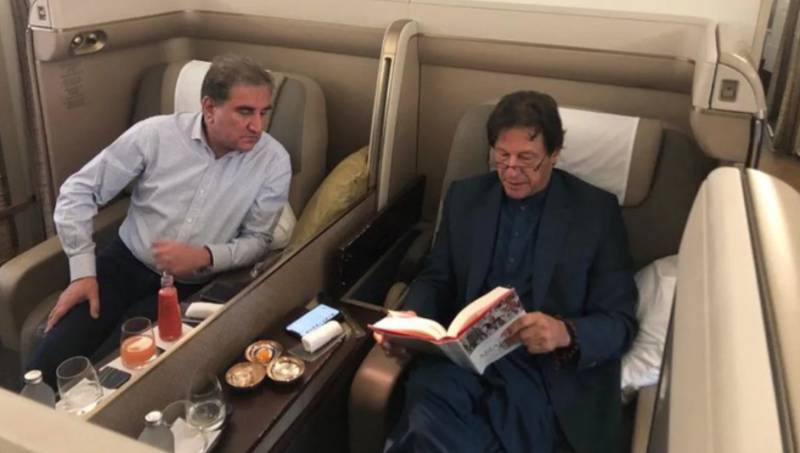 ISLAMABAD – Prime Minister Imran Khan left for Pakistan after concluding his crucial visit to China where he held bilateral and multilateral engagements with the top Chinese leadership and attended the opening ceremony of the Winter Olympics.

‘On the conclusion of his four-day visit to China, Prime Minister Imran Khan is at Beijing Capital International Airport, coming back to Pakistan’, a tweet on Pakistan Tehreek e Insaf’s official Twitter cited.

On the conclusion of his four day visit to China, Prime Minister @ImranKhanPTI is at Beijing Capital International Airport, coming back to Pakistan 🇵🇰#PMIKinChina pic.twitter.com/K12aXGzIFZ

Khan on Sunday left for the homeland after his productive visit to the neighboring country as he expressed confidence that the Pak-China relationship will grow even stronger in the years to come.

During his four-day visit, Khan held meetings with the Chinese Premier and senior leadership of state-owned and private companies in China.

He assured continued support to Chinese enterprises to expand their footprints in the country. In the meetings, Khan was accompanied by the members of his cabinet and senior officials.

PM was also briefed on the progress of the ongoing Chinese projects and future investment plans in the fields of energy, refining, petrochemical, infrastructure development water management, information and communication technology (ICT), and housing.

Prime Minister also attended a luncheon hosted by Chinese President Xi Jinping for world leaders. Khan attended the Winter Games as a show of solidarity with China after the US, UK, Canada, and Australia imposed a diplomatic boycott of the global event over China’s alleged human rights record.

The prime minister also discussed the K-4 water and Hub canal projects in Karachi and a water treatment plant project in Faisalabad with Chinese businessmen. He held an online meeting with Dr. Song Hailiang, chairman of the China Energy and Engineering Corporation, and POWERCHINA Chairman Dr. Ding Yanzhang.

The meeting revolved around increasing investment in Pakistan’s energy sector, including renewable energy projects and the improvement of the country’s irrigation infrastructure.

Meanwhile, Islamabad is eyeing to ease its financial crisis and get assistance from iron brother to stabilize its foreign exchange reserves.