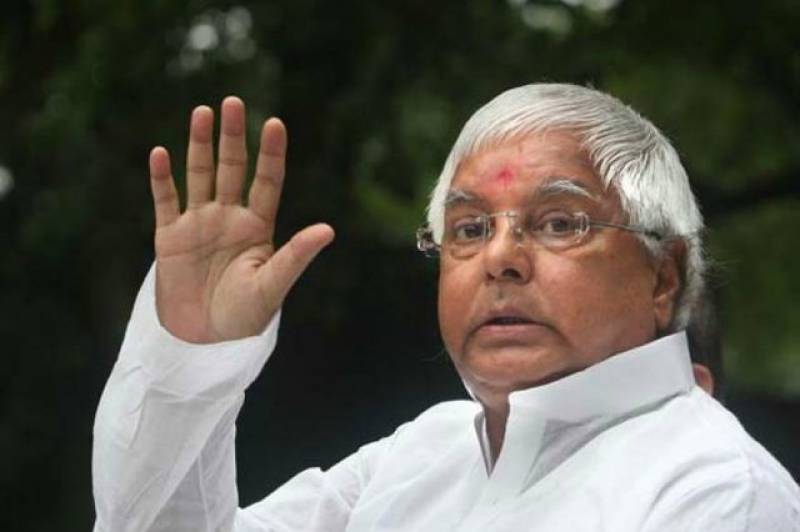 A special CBI court found Yadav and 15 others guilty of conspiracy to defraud the Bihar state government of 8.45 million rupees ($130,000). Judge Shivpal Singh sentenced all the convicts to prison terms ranging from three-and-a-half to seven years, the Economic Times reported.

The judge also imposed a fine totalling Rs 10 lakhs on him.

Yadav's conviction will be challenged in an appeals court, his son Tej Pratap Yadav said after the court's decision in Ranchi, the capital of Jharkhand state.

Yadav, 69, already is serving a five-year prison sentence on a conviction in a related case for fraudulently withdrawing 378m rupees ($5.8 million) from the Bihar state government treasury for fictitious medicines and fodder for cattle. Yadav has been barred from contesting elections.

Yadav spent two months in jail in 2013 before he got bail from the Supreme Court as he challenged his conviction. He was taken to the prison again after his conviction in the second case on December 23.