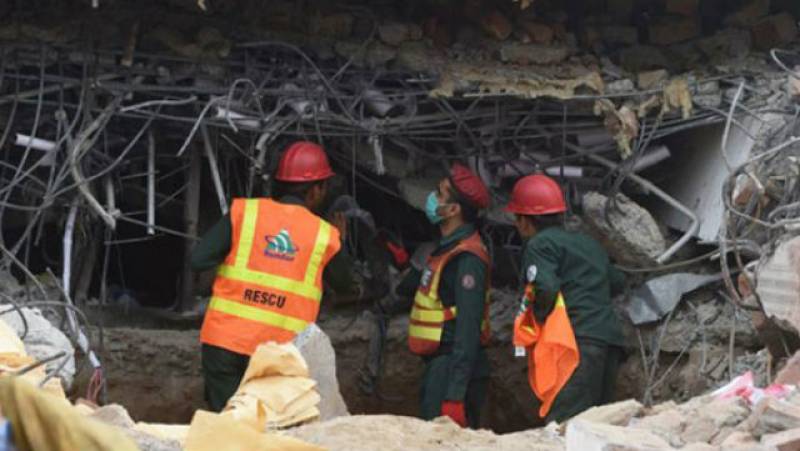 LAHORE - Four people from a single family and another two passersby were killed after a three-storey house in Lahore's Delhi Gate area, located near the historic Wazir Khan mosque, collapsed on Saturday.

Ghulam Abbas, his wife and their two children, all lost their lives while a third child was rescued and sent to the hospital for treatment, according to media reports.

A man and his child, who were heading towards the latter's school, also got trapped under the debris and died, the DawnNews reported.

Rescue 1122 workers said they faced great difficulties to bring in rescue machinery through the narrow alleys of the neighbourhood.

Chief Minister Shehbaz Sharif has directed authorities to submit a report on the incident.

In October, one woman was killed after the roof of a two-storey building collapsed in Lahore's Sanda area.