At least 30 killed in Afghanistan gold mine collapse 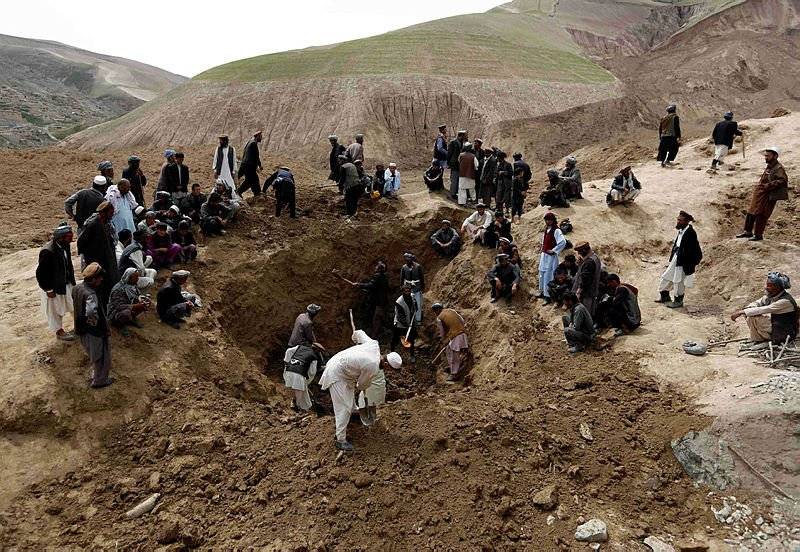 KUNDUZ – At least 30 people were killed when a gold mine collapsed in northeastern Afghanistan on Sunday, officials said, in the latest tragedy to strike the war-torn country.

Another seven were injured in the incident in Kohistan district of Badakhshan province, said district governor Mohammad Rustam Raghi.

Villagers had dug a 60-metre (200-feet) deep shaft in a river bed to search for gold. They were inside when the walls fell in.

It was not clear why the shaft collapsed, but the provincial governor's spokesman Nik Mohammad Nazari said the miners were not professionals.

"The villagers have been involved in this business for decades with no government control over them," Nazari said.

"We have sent a rescue team to the area, but villagers have already started removing bodies from the site."

Defence ministry helicopters have been dispatched to deliver cash to the families of the victims and airlift the wounded to hospitals, said Hashmat Bahaduri, spokesman for the National Disaster Management Authority.

Bahaduri confirmed the casualty toll, but warned the figures could change.

The impoverished region is prone to landslides, particularly in the colder months when heavy snow blankets the province. Illegal mining is common in resource-rich Afghanistan, with the Taliban relying on the sector for much of its revenue. But most of the country's minerals remain untapped as the raging conflict and lack of regulation deter international miners from exploiting the huge reserves.