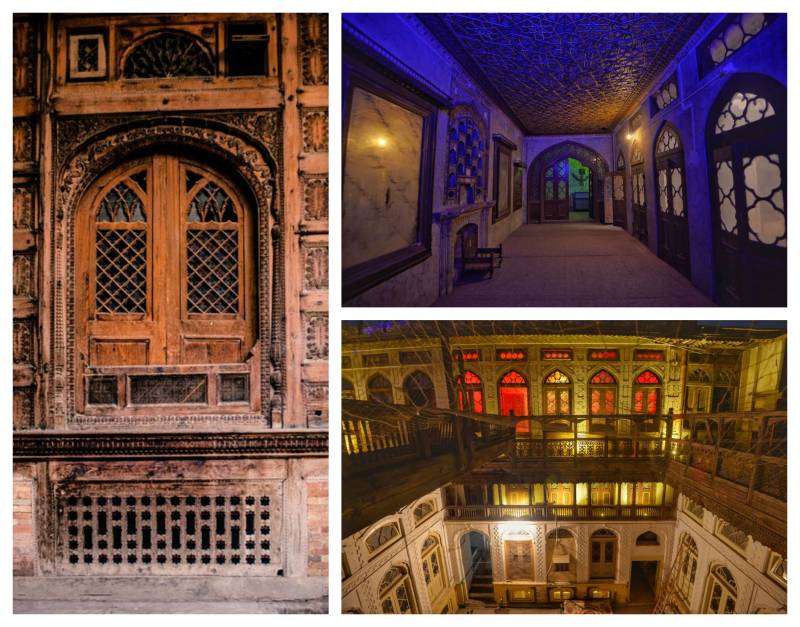 PESHAWAR – The government in northwestern Khyber Pakhtunkhwa has opened the 19th century building Sethi Haveli for general public with the consent of its owners.

While Sethi Mohallah in Qissa Khwani Bazaar have seven of these houses yet only one of them is opened for tourists who love architectural masterpieces. These houses were built in late 19th century with the first one built in 1884 by Haji Ahmad Gul.

The Sethis themselves were active merchants whom trade was spread to China, Iran, India and even Russia. They belonged to elite class of Peshawar folks.

The design of these houses is a blend of Gandhara and Central Asian styles. The homes were designed with inspiration from the vernacular architecture of Bukhara. The house consists of three floors. The main gate opens into wide and open courtyard having a fountain right in the middle of the courtyard. The Takht-e-Suleimani in courtyard was used to enjoy sunshine in winters. 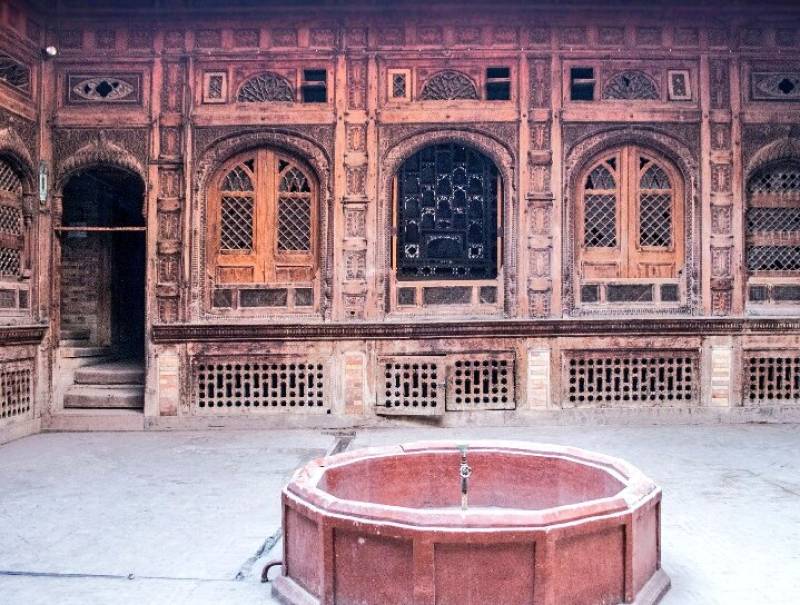 In the 21st century, there has been a growing concern for the degradation of the environment from large quantities of CO2 and green-house gases, produced by the building industry. This led to the concept of ‘Green Architecture’, which aims to reduce the environmental impact of buildings through energy efficient designs and healthy indoor environment.

In the context of Pakistan, our current practices in architecture are based on Western standards, leading to a growing dependence on fossil fuels and resulting in rapid environmental degradation.

However, the provincial government deserves appreciation for introducing and bringing into limelight this historical heritage for those who have deep interest in knowing about the past.

With the opening of Sethi Haveli for public, a much beautiful addition has been made to the historical buildings of the city that would definitely admire its visitors.

Whether it was rehabilitation of Gor Ghatri or declaring Islamia College as national heritage, the KP government has done a lot to preserve these heritage structures.

The KP government has in the past preserved the building of historical Masjid Mahabat Khan and put on modern lines the Qilla Bala Hisar and Peshawar Museum besides purchasing the ancestral houses of Bollywood's bigwigs Daleep Kumar and Raj Kapur to turn them into museums. The government also takes pride in preservation of Traditional Trail and historical Ghanta Ghar.

PESHAWAR - The Pakistani government has decided to convert the ancestral home of the Kapoor family, India’s most ...