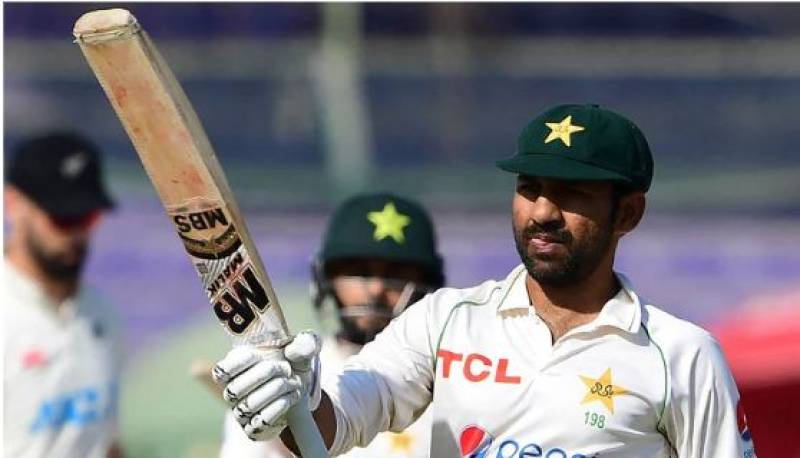 KARACHI – Sarfraz Ahmed with his splendid knock saved the day for Pakistan in second Test against New Zealand on Friday as the match ended in draw.

Pakistan were at 304-9 with Sarfraz and Saud Shakeel on the crease in chase of 319 runs target by Kiwis when the bad light forced the end to the fifth day of the match.

Sarfraz smashed 118 off 176 after Pakistan lost key wickets when the day started, helping the team to avoid defeat on the home soil.

The 118-run innings marked the fourth Test century by Sarfraz as he three made in 2014. In the first Test against Kiwis, he also showed impressive performance. Accumulatively, he made 335 runs in both matches, registering most runs by a Pakistani wicketkeeper-batsman in three or below matches series.

The right-arm batter has also been named as best player of the series for making the huge score.