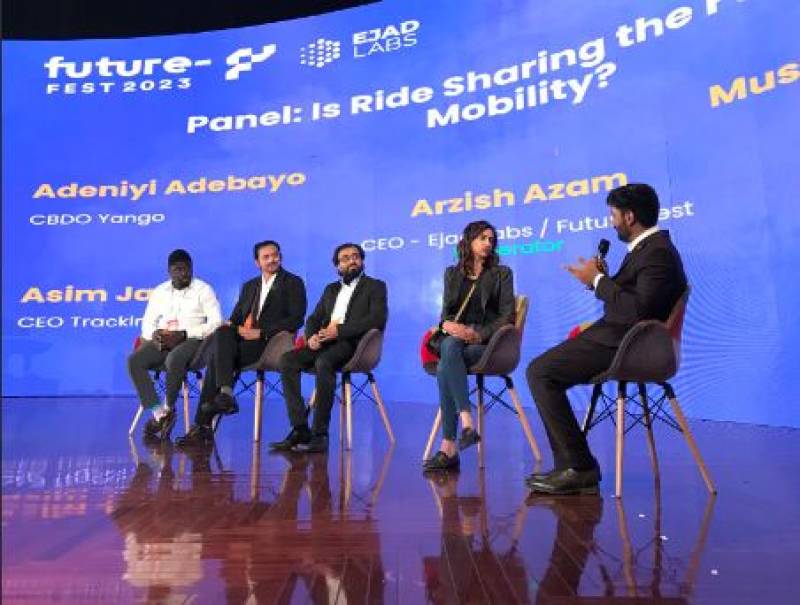 Dedicated to using technology to pave the way for the future of Pakistan, the event is being under the theme of #SaveTheFuture and aimed at bringing together leaders from more than 40 industries to foster discussion on the future of life itself. Entrepreneurs, decision makers, policymakers, thought leaders, investors, and innovators will discuss the most important aspects of current times and how technology can play a positive role to save the future.

The last year’s event was supported by the world’s leading companies for the first time in Pakistan including Binance, Epic, KuCoin, Google Developers, Payoneer, Careem, Swvl, S&P Global alongside 200 partners/sponsors.

The Saudi delegation comprising startups and venture capitalists will hold meetings with Pakistani firms and key stakeholders, besides exploring options of investment, partnership and talent recruitment.

The Punjab Information Technology Board (PITB) is the official partner for the festival, which is being held at the Expo Centre Lahore. It is expected to be attended by 50,000 people, 200 exhibitors, 500 startups and 300 international speakers from different countries.

The Saudi tech ecosystem is growing very fast. In Pakistan we have the talent and startups that can support this growth,” said Arzish Azam, CEO of Future Fest, last week in a statement. “At Future Fest, we are proud to be the catalyst for this partnership and to provide a platform for greater collaboration and growth and indeed a new dimension to what is an already historic relationship between Pakistan and the Kingdom of Saudi Arabia.”

“The digital economy, powered by innovation and technology, has recently, grown at an unprecedented rate, now becoming the backbone of our societies,” said Deemah AlYahya, DCO Secretary-General. “Pakistan is a founding member state of the DCO and with its thought leadership, and through opportunities like enabling Future Fest, we at DCO are strengthening the already solid relationship we have with Pakistan to bring prosperity to us all.”