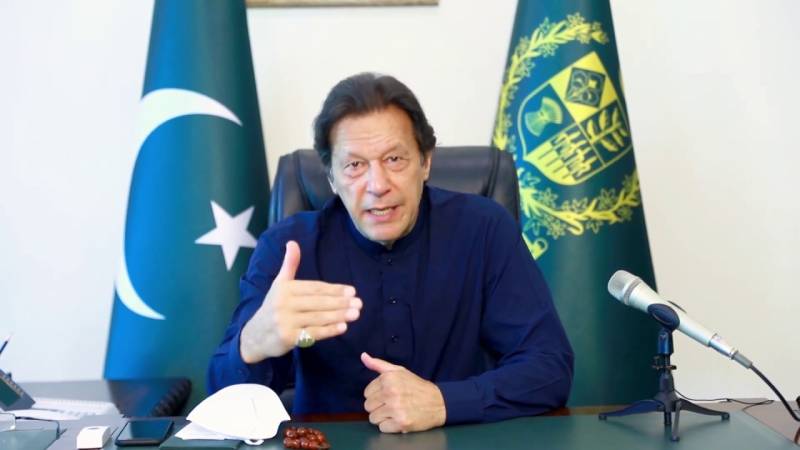 In a virtual address to the Communist Party of China (CPC) Central Committee and World Political Parties Summit, the premier said that a CPC’s astonishing success is based on its "people-centric approach".

He added that founding father of China, Chairman Mao Zedong, and subsequent chairman, Deng Xiaoping, "guided the Chinese people in reclaiming national dignity, self pride, self respect and China's rightful place in the world".

"For decades the CPC's spirit instilled new vigour and hope beyond China's borders. It inspired people of the colonised nations and contributed to the end of colonialism," he said.

He said that the CPC "remained committed to serve the people and prioritise their well being and interests".

"CPC's achievements have opened new vistas of thought for political parties across the world," the premier said.

He said that the CPC had "proven that attainment of political power is primarily meant for bringing a transformation in the lives of people and making them masters of their destiny".

"Indeed political parties can only enjoy public support and legitimacy if they continue to serve the people selflessly," he said.

"His people-centric philosphy has made a critical difference as recently China has eliminated extreme poverty — one of the greatest achievements in the history of mankind," the premier said

He said that China has successfully achieved its goal of developing a "moderate, prosperous society".

President Xi's vision of shared prosperity through the Belt and Road Initiative (BRI) played a key role in global sustainable development, "thus proving his credentials as a world statesman".

Giving credit to Chinese president for his major success in the fight against coronavirus pandemic, he said that Xi Jinping’s “declaration of making the COVID-19 vaccine a global public good is reflective of his compassion and fairness”.

The premier also highlighted the measures taken by the PTI government for the development of people in Pakistan. He said that Ehsaas Programme launched last year to support public in tough times is one of the leading social protection initiatives in South Asia.

The premier said that he founded PTI 25 years ago on the principles of accountability, transparency, meritocracy, Islamic welfare and to break the vicious cycle of elite capture, corruption and nepotism.

"Pakistan Tehreek-e-Insaf remains committed to its original mission of establishing rule of law and setting up a society that is humane and has compassion."

"We have made Universal Health Coverage a priority in our health sector reforms. Under the ‘Ehsaas Sahulat’ programme we aim to provide free of cost health insurance initially to the families living below the poverty line, and subsequently to families that are in the provinces governed by PTI," he said.

Speaking of Pakistan's climate change initiatives, he said: "Our 10 Billion Tree Tsunami project reflects our commitment to countering environmental degradation and reversing biodiversity loss. We are ready to contribute more than our share to protect this invaluable planet and help it heal from centuries of neglect".

The premier said that Pakistan had "recalibrated its priorities from geo-politics to geo-economics".

He said that China-Pakistan Economic Corridor (CPEC), the flagship project of BRI, "complements Pakistan’s renewed efforts of this geo-economic shift with emphasis on economic integration and regional connectivity".

"Moreover, in line with my government’s Green Vision, which aligns perfectly with President Xi’s vision for green China, turning CPEC into green CPEC is a priority for Pakistan," the prime minister said.

"Pakistan and China are ‘iron brothers.’ We support each other on issues of our respective core interests," he continued.

"In an era of complex and profound changes at global and regional level, our ‘All Weather Strategic Cooperative Partnership’ remains a strong anchor for peace, progress and prosperity," PM Imran Khan said.

On Monday, China hailed Khan’s remarks commending the Communist Party of China (CPC) for finding a unique model of governance and introducing enormous development for the Chinese society in its own way.

Chinese Foreign Ministry spokesperson during a regular briefing stated ‘I have noted that Prime Minister Imran Khan said that CPC has found a unique model and brought enormous developments for the Chinese society in its own way beating many Western democracies. China appreciates these remarks.’

Last Thursday, PM Imran Khan while speaking with the Chinese media felicitated the East Asian country on the 100th anniversary of the CPC. Khan also appreciated the flexibility in the system of the CPC to adopt changes and mend its policies according to the needs, which led to the quick development of the most populous country in the world.