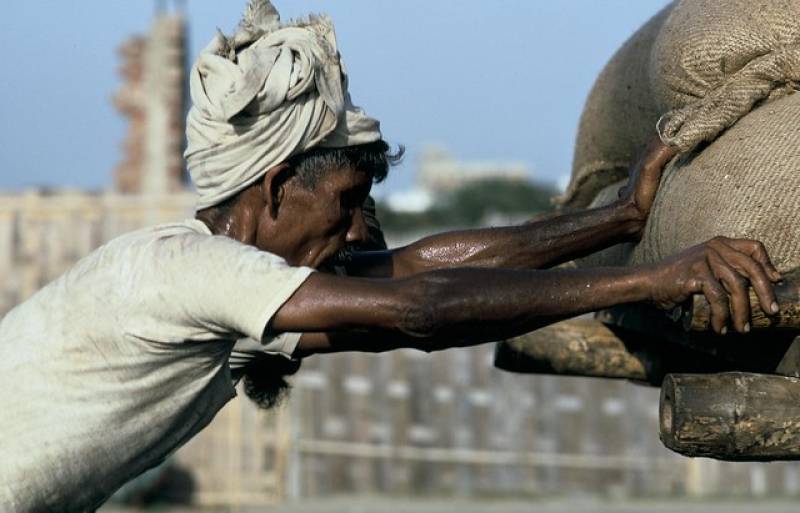 WASHINGTON – Pakistan’s growth is expected to slow further to 2.7% in next fiscal year, which begins July 16, as domestic demand remains depressed and as current account and fiscal deficits diminish only gradually, according to a new report by the World Bank.

The World Bank has lowered its expectations of global economic growth for this year in June 2019 Global Economic Prospects: Heightened Tensions, Subdued Investment, saying that although the picture for poorer countries is expected to stabilize in 2020, economic momentum remains weak.

Pakistan was a notable exception, with a broad-based weakening of domestic demand over the past year against the backdrop of tightening policies aimed at addressing the country’s macroeconomic imbalances. The country's growth is estimated to decelerate to 3.4% in FY 2018/19, which ends July 15.

Pakistan has recently experienced a significant rise in inflation driven by currency depreciation, which was followed by several policy rate hikes over the course of FY2018/19. There has been limited progress in fiscal consolidation in the region.

However, private consumption and investment remained robust in much of the region, offsetting a slowdown in Pakistan .

Pakistani authorities have revised the growth estimate for FY2017/18 from 5.8 percent to 5.2 percent in February 2019.

Growth in India is projected to further accelerate to 7.5% in FY 2019/20, which begins April 1. Private consumption and investment will benefit from strengthening credit growth in an environment of more accommodative monetary policy, and with inflation below the Reserve Bank of India’s target.

Bangladesh’s growth is projected to pick up to 7.4% in FY 2019/20, which begins July 1, underpinned by strong infrastructure spending and solid private investment .

Sri Lanka is forecast to accelerate to 3.6% in 2020 supported by a pickup in services sector activity and solid infrastructure investment .

Regional growth is projected to remain close to 7 percent a year over the forecast horizon, as it continues to benefit from strong private consumption and investment . The main risks to the outlook include a re-escalation of political uncertainty and regional tensions, financial sector weakness due to nonperforming assets, fiscal challenges amid elections in several countries, and a sharper-than-expected weakening of growth in

South Asia, as a net oil-importing region, is vulnerable to oil price spikes. A sudden increase in oil prices would tend to worsen current account balances and elevate inflation in the region.

South Asia is also vulnerable to the effects of climate change, such as natural disasters, which tend both to increase inflation and weigh on activity through supply disruptions, especially in the agricultural sector.

Global growth should tick higher to 2.7%

The economists at the World Bank say that they now see the global economy expanding 2.6% this year, down from its previous estimate of 2.9%. Economists’ estimates have been declining since mid-last year.

All regions affected by slowdown

In emerging markets, the projected growth rate of 4% for 2019 represents a four-year low, and several economies are coping with financial stress and political uncertainty. However, A recovery is expected next year, with a forecasted rate of 4.6% for 2020. The World Bank recommends in the report that these countries need to strike a careful balance between borrowing to promote growth and avoiding risks associated with excessive borrowing.

“While almost every economy faces headwinds, the poorest countries face the most daunting challenges because of fragility, geographic isolation, and entrenched poverty,” said World Bank Group Vice President for Equitable Growth, Finance and Institutions, Ceyla Pazarbasioglu. “Unless they can get onto a faster growth trajectory, the goal of lowering extreme poverty under 3 percent by 2030 will remain unreachable.”