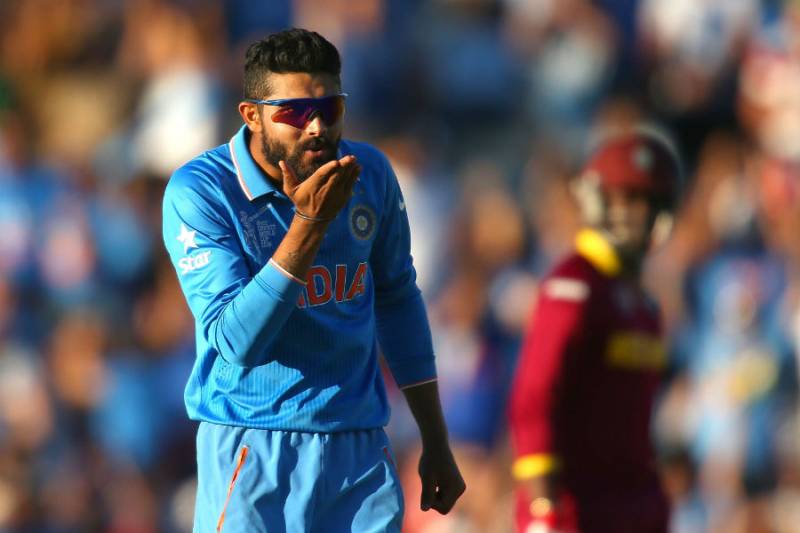 PERTH (Web Desk) - India, on Friday, defeated West Indies by 4 wickets-which is the fourth consecutive win for India-  in poll B match of the ongoing cricket world cup 2015 in Perth cricket stadium.

West Indies batsmen, while batting first, were snubbed by Indian bowlers when the whole team returned to pavilion in 45th over. Mohammad Shami ousted 3 West Indian players off 35 runs only whereas Yadev and Jadeja both picked two wickets each.

West Indies six cricketers failed to get into double figure scores. Chris Gayle was caught out by Sharma after he was dropped twice, at 21 runs off 44 balls.

The skipper JO Holder was the only batsman to stay long at the crease, scored 57 runs off 79 balls.

Earlier West Indies captain Jason Holder won the toss and elected to bat in the World Cup Pool B game against Australia at the WACA Ground in Perth on Friday.

India recalled seamer Mohammed Shami at the expense of Bhuvneshwar Kumar while the West Indies made one change, bringing in pace bowler Kemar Roach for spinner Sulieman Benn.

India are unbeaten in the tournament with three wins in three games, while the West Indies have two wins in four matches.