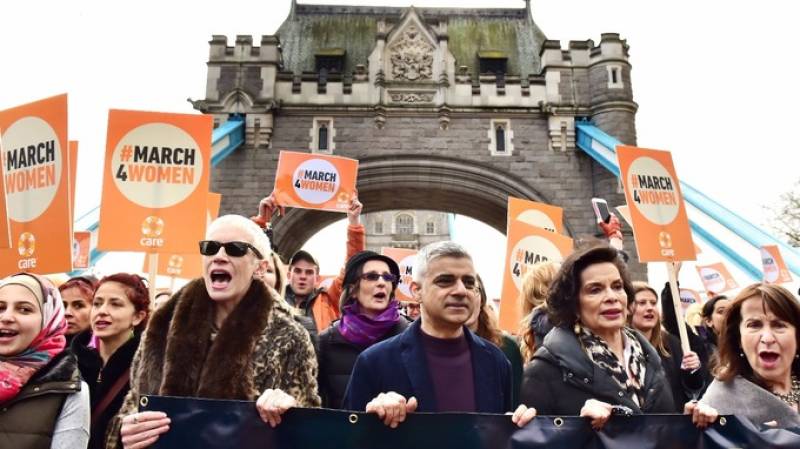 The rally began at 12pm outside City Hall, with crowds marching across the iconic Tower Bridge after its end.

The march, which brings together women from all over the world in an effort to recognize prevalent inequalities and barriers, attempts to help shine a light on these negatives and strive for a new world order.

Thousands of people were seen marching through Central London yesterday in mutual respect for this event, just a few days before International Women's Day on Wednesday, the 8th of March.

The theme for IWD 2017 is #BeBoldForChange, and encourages people to step up and take groundbreaking measures in response to the recent divisive politics this time around.

Millions of people taking part in the event raided social media platforms to share their thoughts and pictures from the march.

Brilliant to be part of today's #March4Women. Proud to join so many Londoners & march for gender equality. #BeBoldForChange #IWD2017 pic.twitter.com/jwuG5QRCDF

International Women's Day is celebrated in a number of countries across the globe, including Pakistan. Last year, Prime Minister Nawaz Sharif unveiled the new National Women's Empowerment Policy, with a commitment to take all possible and necessary action to protect the rights of women, children and minorities.

Will the onset of this new year bring similar drastic adjustments like before?