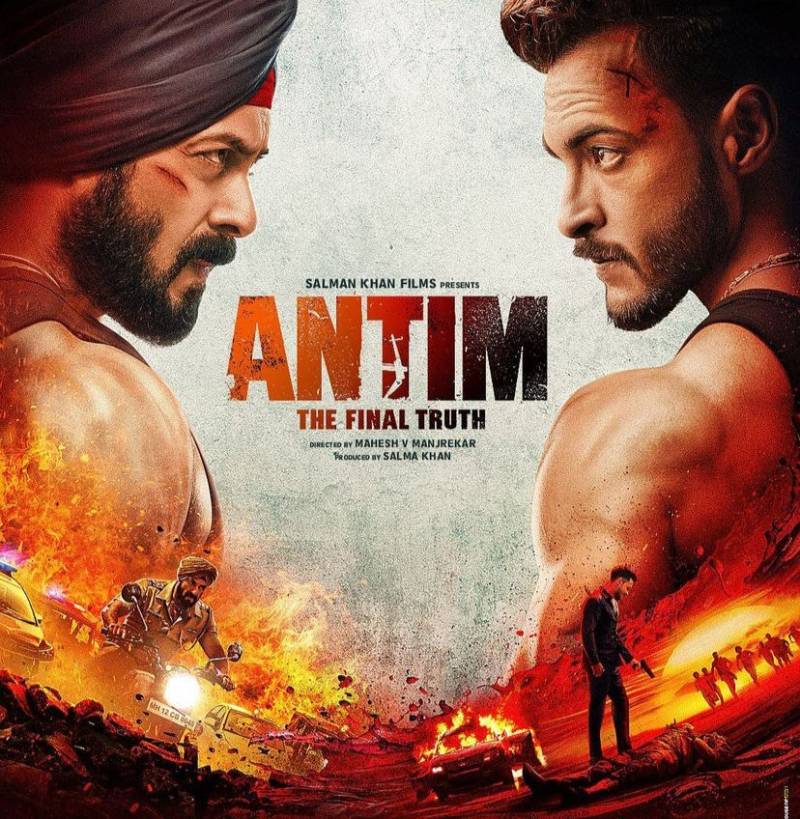 Bollywood superstar Salman Khan and his brother-in-law Aayush Sharma are gearing up for their movie Antim: The Final Truth and the smashing poster has been finally released.

Leaving their fans thrilled, Khan and Sharma both shared the first poster of their upcoming film Antim: The Final Truth.

Turning to their Instagram handle, the Bajrangi Bhaijaan star revealed that the film will be released soon.

The magnificent poster looks quite intense as the Bollywood superstar can be spotted locking horns with Aayush Sharma.

As per the details, the Tiger Zinda Hai star essays the role of a fierce police officer while the Loveyatri actor portrays as a gangster.

Produced by Salman Khan’s mother Salma Khan, the film is directed by Mahesh Manjrekar under the banner of Salman Khan Films.

On the work front, Salman is currently in Turkey for the shooting of Tiger 3 along with Katrina Kaif.

ISTANBUL - Bollywood stars Katrina Kaif and Salman Khan have turned out to be fans of widely popular Turkish series ...