Katrina Kaif, Salman Khan turn out to be fans of ‘Dirilis: Ertugrul’ 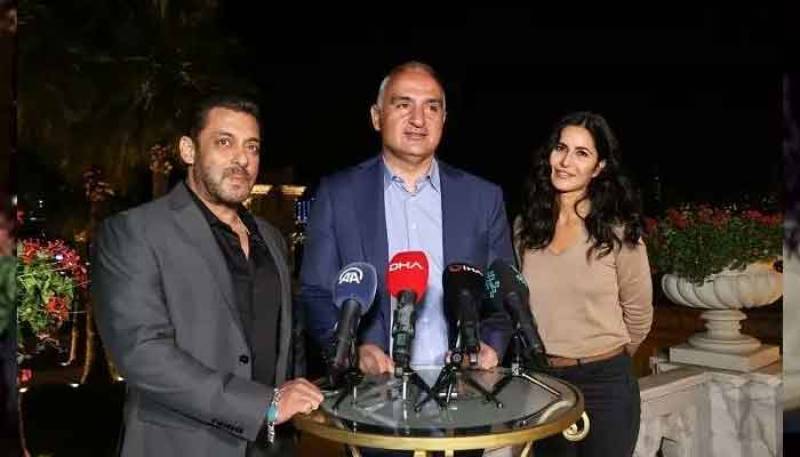 The Indian actors, who are currently in Turkey for the shooting of their upcoming movie "Tiger 3", revealed it while talking to the media in the presence of Turkish Minister for Culture and Tourism Mehmet Nuri Ersoy.

Responding to a question, Katrina said she had watched 89 episodes of the series. Salman Khan said he and his mom were fans of "Dirilis: Ertugrul".

The Turkish series tells the story of "Ertugrul" the founder of the Ottoman Empire. It is being aired in Pakistan on the state-run PTV with Urdu dubbing, on the directives of Prime Minister Imran Khan.

Dirilis: Ertugrul's popularity across Pakistan has resulted in the audience keeping a tab on the stars of the hit ...