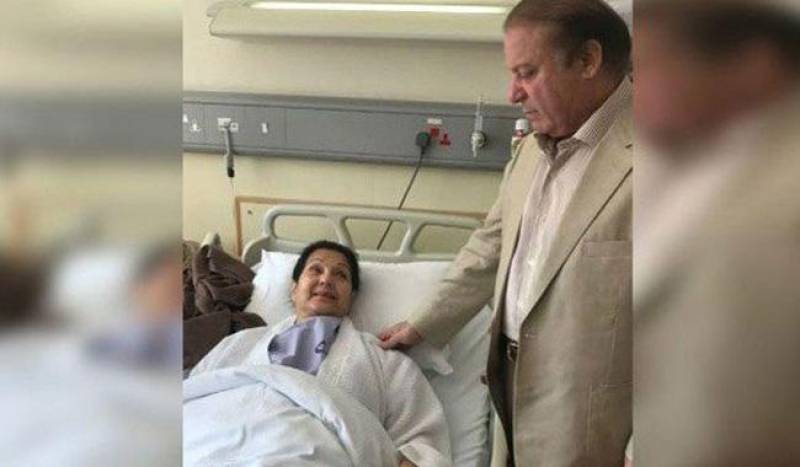 LONDON - Doctors treating the wife of former prime minister Nawaz Sharif have noted the reappearance of lymph nodes, according to reports in local media.

Kulsoom Nawaz has been undergoing chemotherapy in London after being diagnosed with lymphoma — a cancer of the lymph nodes on August 22 last year. She has since not returned to Pakistan owing to her illness.

She underwent a total of six chemotherapy sessions and three surgeries during the last seven months.

After a series of scans last week, doctors detected the resurgence of a tumour and a team of doctors will now decide on further surgery along with strong radiotherapy treatment.

Kulsoom had left for London unexpectedly on August 17 for a medical checkup in the UK.