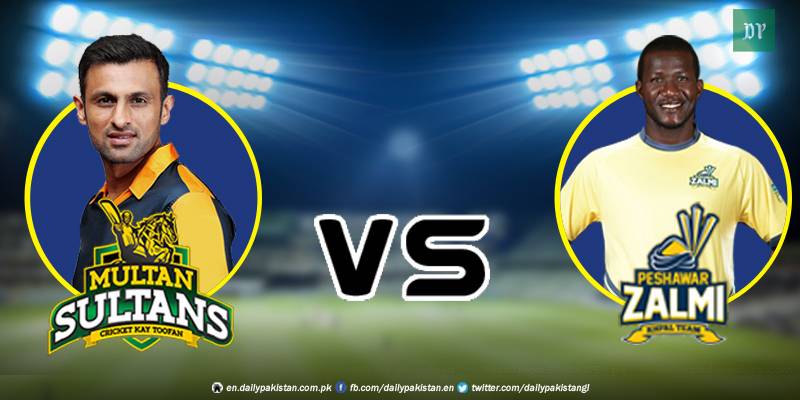 In reply, Zlami were all bowled out at 164 for the loss of eight wickets in the stipulated overs. Hafeez scored 56 runs and Liam Dawson made 32 on 17 balls. Sohail Tanvir and Kieron Pollard took three wickets each.

Excellent all-round performance by @MultanSultans as they firm-up their grip on the top of the #HBLPSL points table. #SaadiVaari pic.twitter.com/XDUaN3EzVb

Maqsood has been declared man of the match due to his Sultani innings.

Multan Sultans, which are contesting for the first time in Pakistan Super League is at first place with seven points to their name.

Sultans have played five matches and won three games and lost one against Islamabad United. Their one fixture, against Karachi Kings, was washed out.

Peshawar Zalmi, the defending champions are at third place with six points. They have won three out of five matches and lost two games against Karachi kings and Multan Sultans.

The Zalmi XI, starring Darren Sammy defeated Islamabad United in their second game and then went on to defeat Quetta Gladiators and Lahore Qalandars.

Mostly sunny. No chances of rain 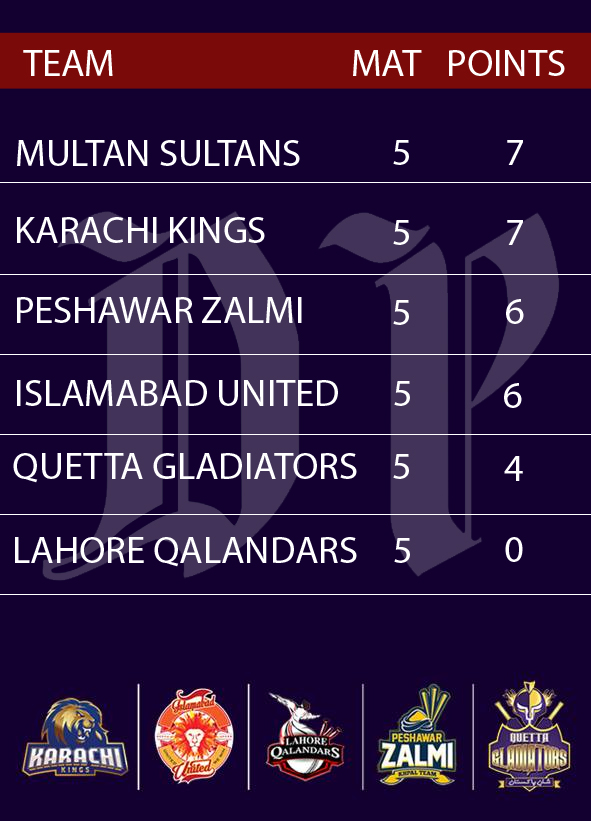