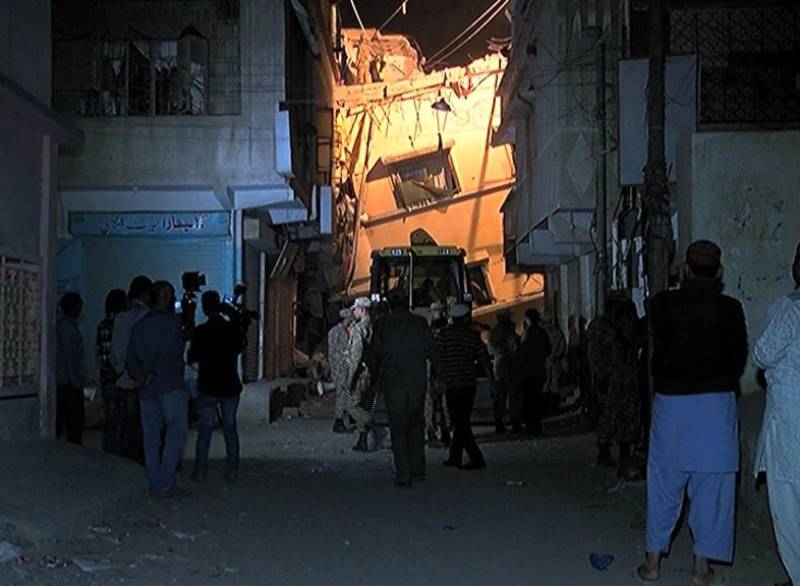 KARACHI - The death toll from residential building collapse in metropolis has reached to 16 amid fear of more casualties as a number of people are still suspected to be trapped under the rubble.

According to media reports, the rescue workers retrieved three dead bodies of a man, woman and a minor boy from debris on late Thursday night.

The multi-storey building collapsed due to construction of the fifth floor in violation of construction rules.

Rescue sources informed that seven women and three children were among the dead.

More than 24 people received injuries and were shifted to hospital.

Meanwhile, Chief Minister of Sindh (CM) Murad Ali Shah has taken notice of the incident and sought report from the concerned authorities.

Rangers, police and rescue teams are still busy in rescue operation in the area.