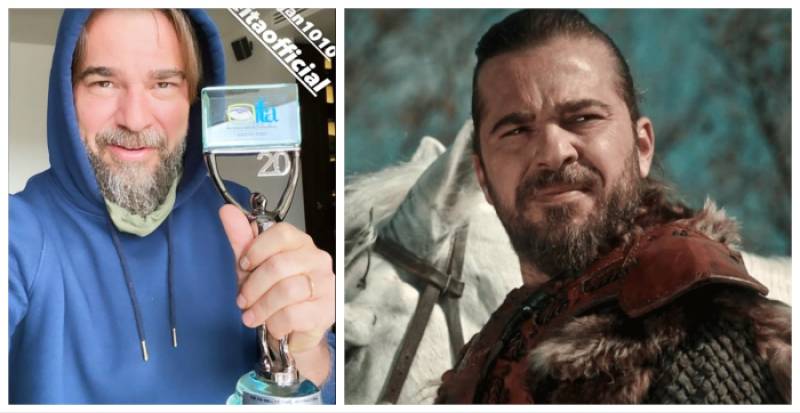 Popular Turkish star, Engin Altan Düzyatan, who essayed the famous Erutgrul Ghazi in the famous period drama Diriliş: Ertuğrul has now added another feather to his cap as he receives the prestigious Indian Television Academy Award.

Turning to Instagram, the 41-year-old Turkish star shared his award thanking his Indian fans for their love and support.

“Thank you for all the love and support India”, he wrote.

The 20th Indian Television Academy Awards was held on February 14, 2021.

Engin’s popularity skyrocketed with his impeccable portrayal of Ertugral. Dirilis: Ertugrul shows the life and times of heroes who laid the foundations of the Ottoman Empire. The series got immensely popular in Pakistan, South Asia and the Middle East.

LAHORE – Ertugrul star Engin Altan Duzyatan on Monday finally revealed the cancellation of his agreement with a ...